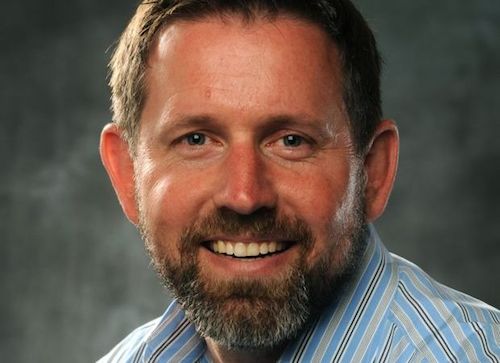 You are way too close to Lawrence VanDyke.

Kudos to The Missoulian for the stubbornly bland headline Independent Groups Raise Profile of Montana Supreme Court Race. That’s one way to describe what The Republican State Leadership Committee Judicial Fairness Montana PAC—catchy name, guys—did when it made this ad and bought $100k worth of airtime to support Supreme Court candidate Lawrence VanDyke in an ostensibly nonpartisan race. VanDyke’s campaign slogan is “following the law, not the politics.” It’s good he doesn’t follow politics, or else he might realize he was the object of partisan mendacity and get sad.

Also, there is no connection between VanDyke and the Republican Party. That would be improper, since he is running for a nonpartisan office. The other group running an “independent expenditure campaign” in support of VanDyke is Montanans for a Fair Judiciary—which, as you can see from its name, has nothing to do with the Republican Party. Who are they? The Missoulian explains:

It is a cross-section of businesses and individuals that want “a more stable and business-friendly Supreme Court,” said its chairman, Jake Eaton of Billings, a Republican consultant.

Okay, there might be some tenuous connection. But VanDyke is definitely not running a partisan campaign. Republican Party PACs may supply most of the money in his race, but he is not connected to them, and he is definitely not a Republican. Just listen to how The Republican State Leadership Committee Judicial Fairness Montana PAC describes him in its ad:

I don’t see how you could think VanDyke was affiliated with one political party, unless you thought “sportsman,” “constitutional rights” and “property rights” were code words for conservative political views. But if you believed that, then you’d also have to believe that calling his opponent “an activist judge” signaled he was liberal. And that’s just too far-fetched.

So don’t worry, Montana: the integrity of your nonpartisan election for the state supreme court, in which an out-of-state Republican group just spent more than one candidate’s entire campaign fund in a single month, is totally intact. People who work for the Republican Party just happen to like VanDyke because he wants to preserve Montana’s way of life.

Who are these die-hard Montana traditionalists? The list of top donors to the Republican State Leadership Committee sheds some light:

That’s the Montana way of life, right there: tobacco farming, health insurance, and inheriting a manufacturing conglomerate. These massive corporations/perennial Republican donors aren’t buying a seat on the Montana Supreme Court for industry and party. They’re independently spending a bunch of money to support a completely unaffiliated candidate who happens to share all of their views.

I’m just going to open and close my mouth, and if a box of chocolate-covered Twinkies gets in front of it, that’s not my fault. Lawrence VanDyke is going to follow the law, not politics, and if Republican PACs happen to spend hundreds of thousands of dollars to get him elected, that’s not his fault, either. And if the US Supreme Court lets corporations spend unlimited money on elections, and they just happen to support the candidates who favor their business interests, that’s not anybody’s fault. It’s how elections work now, and it’s all perfectly legal.