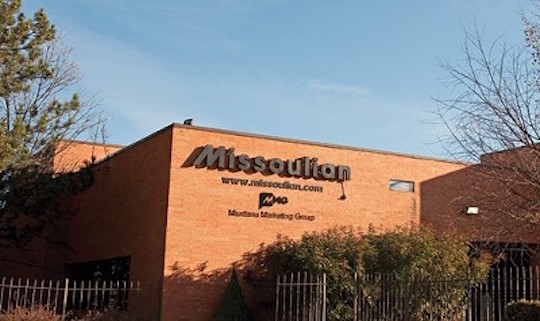 Regular readers may remember last Friday, when Missoulian editor-in-chief Matt Bunk was suspended “until further notice” for bringing a gun to work. Don’t worry—that was all a big misunderstanding. Here’s a statement from Bunk.

One day when I went to work,1 I accidentally forgot to leave in my car a 100-year-old antique Colt 19082 .25 caliber Vest Pocket model. It’s a collector’s item. My girlfriend3 bought it for me a couple weeks ago as an engagement gift. Someone pointed it out, and I put it back in my car immediately. I apologize for the commotion that my mistake caused, and to [Missoulian owner] Lee Enterprises for breaking policy.

See? Just an ordinary engagement gun. Normally he keeps it in his car. So all is well at the Missoulian, despite this recent, strange incident with the new editor-in-chief, the wrongful termination lawsuit from the 30-year veteran he was hired to replace, the departure of the cops-n-crime and city reporters last year, the resignation of the city editor this week, the laying off of Chuck Johnson and Mike Dennison, and the closing of Lee’s Helena bureau. You know, when I lay it all together end-to-end like that, maybe everything is not okay at the Missoulian.

But that doesn’t matter, because it’s Missoula’s only daily newspaper. No matter how weird, unreliable, or festooned with pop-up ads it gets, I’m going to keep my digital subscription, because my alternative is to not know what’s going on in the city where I live. That puts Lee Enterprises and the Missoulian’s editors in a dangerous spot. They have to keep making a good product when they know their customers would settle for a worse one. You can read all about the moral hazard of this position in this week’s column for the Missoula Independent, the paper that comes out once a week but remains unarmed.

Will we be back tomorrow for Friday links? Almost certainly not. I took an eight-year-old to Chinatown today. Somehow, I did not sell him.