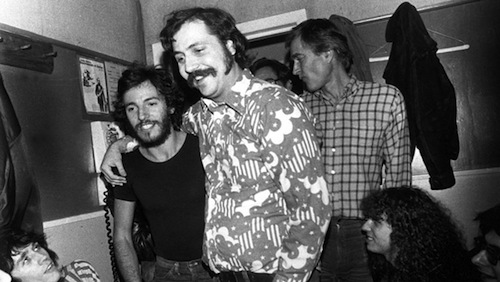 Thirty years minus one week ago today, rock critic Lester Bangs died in New York City. He began his career by sending an unsolicited, negative review of MC5’s Kick Out the Jams to Rolling Stone. He continued it in the same vein, purchasing audacity with honesty and generally inventing the micro-genre that is music reviews. Given his impending mortaliversary, I figured today would be a good day to consider his work. A week from today would arguably be better, but A) I’m thinking about him already for the Indy’s memoriam and B) I worked all weekend and am really lazy. So here is Bang’s classic “Where Were You When Elvis Died?” I personally was getting born.