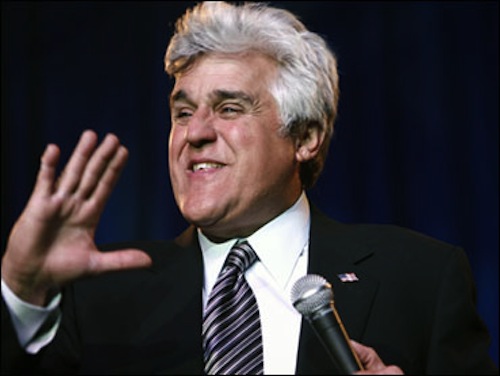 "So this chick lifts up her skirt, right, and she has the biggest—we're talking ten inches; it's amazing. And Eubanks starts puking, so we all—Jesus Christ, five minutes, I heard you the first time."

Ever since Stephen Colbert used his time at the podium to point out that George Bush was kind of a bad president, the choice of headlining comedian at the White House Correspondents Dinner has been a symbolic act. Bush—who in retrospect was not the kind of guy who has a great sense of humor about himself—chose as Colbert’s 2007 successor Rich Little. In addition to his spot-on impression of what awaits us all at the end of our lives, Little brought to the event what could only be described as maximum safety. The sheer tactical deliberateness of his selection—no one walked into that meeting saying, “You know who’s funny? Rich Little”—elevated the choice to the level of discourse. Like your favorite NBA player,*

your Correspondents Dinner headlining comedian says something about you. Last year, President Obama chose Wanda Sykes, who was hilarious and repeatedly threatened to say the n-word. This year, he went with Jay Leno. It wasn’t the biggest mistake of his presidency, but it was the one that sums up all the others.

For the purposes of this argument, I am going to assume we all agree that Jay Leno is not funny. He is somewhat remarkable in that he has been not funny for the entirety of his career. No one fondly remembers early-period Jay Leno. He has ascended to the top of what appear to be a variant on the humor industry in which people respond to jokes not with laughter but with applause. This phenomenon can be observed nightly not just on Leno’s show but also on the show of his rival, David Letterman, and anywhere else tourists go to signal that they have heard a joke and are not offended by it. Leno’s jokes not so much humorous statements as skillful duplications of a form. When he suggests, as he did at Saturday’s dinner, that Michelle Obama is combating obesity with a program called No Child Left With a Bigger Behind, we recognize that a joke has been made and produce a non-laughter sound that signals our appreciation of showmanship. Basically, we respond to Jay Leno as to a talking dog.

What we do not do, unless we are creepy art jerks with blogs, is take offense to him. Where Rich Little was the choice so safe it insulted our intelligence, Leno is the choice that merely underestimates it. Unlike Little, he has a reason to be up there. His usurpation of Conan O’Brien, while emblematically unjust to a small segment of the US population that has historically experienced very little injustice, makes him sufficiently au courant. At the same time, he is a Rich Little pick: guaranteed to keep it light, fragmentary, and connected to things we might actually care about only at the level of concept recognition. The President isn’t aloof, Leno claims. “He loves to socialize—health care, car companies.” There’s no reason that isn’t funny. That stuff is in the news all the time.

Leno is a pick that would have been appropriate from the Bush administration. Coming from Obama, though, he seems oddly insulting. The problem, when you watch the video, is that the President is so much funnier than he is. He puts it right in our face, by pointing out that Leno is the only person in the country this year whose approval ratings fell more than his. Then he hits us with the hook: “I happen to know that my approval ratings are still very high in the country of my birth.”

It’s a masterful one-two, in part because it comes with that frisson of danger at the end. They could run that video on Fox News, Obama talking about how maybe he wasn’t born here, but the President isn’t worried. He knows that nobody takes that stuff seriously, and if they do they’re too stupid to to be taken seriously themselves. In other words, it’s a joke. It’s funny, and if you don’t get it—if you want to take him to task for it—so much the worse for you.

That’s precisely the attitude that’s lacking in Jay Leno, and it’s what’s been lacking in every serious mistake of Obama’s presidency thus far. The President is at his best when he invites the American people to be as smart as him. During the election, he didn’t cloy us with myHillaryClinton.com or a pie-and-babies running mate. He laid out his objectives, larded them with a rhetoric based around lofty ideals and long sentences, and trusted us to come along. He won that election, and went on to a presidency dogged by absurd accusations (birther conspiracy) and a puerile opposition (death panels, fascist socialism,) kept alive by his unwillingness to ridicule them on the off chance that we don’t realize how stupid they are. We do. Just as passing health care didn’t prove to be the death of his party, reminding us how smart he is won’t be the death of Obama’s presidency. It’s the lifeblood.

That’s why Leno was such a disappointing choice for Saturday’s affair. He didn’t just waste fifteen minutes of our lives on jokes that Google will probably be able to synthesize with a news aggregator two years from now. He reminded us that, for all his ambition, wit and occasionally invigorating candor, the President still worries sometimes that we won’t come along. He wouldn’t be human if he didn’t. Unfortunately, he occupies a job in which being human is a flaw. We need him to take risks, and we need him to kill every time. We need him to be funny, because we’ve got too many Lenos in government already.