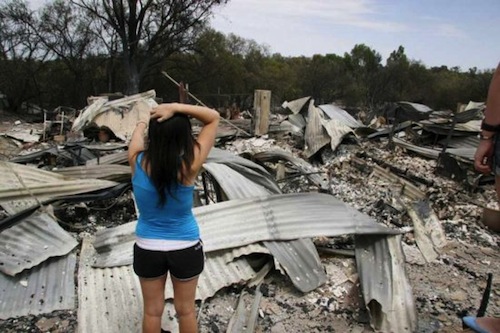 As you may have noticed, Combat! blog existed last week only in a deathlike, remembered state. First of all, thank you to everyone who wrote and urged me to post some blog entries, for Chrissake. Your support makes me feel like people actually read and care about Combat! blog, and also like I could use service outages as an attention-getting device in the future. Here’s what happened: starting Monday, every time I tried to log in I was redirected to a page that explained I did not have sufficient permissions to view that page. This Kafkaesque fuckaround A) persisted all week and B) was apparently due to some corruption in some root directory that I did not possess the WordPress kung fu to fix, and I read codecs. WordPress codecs and their associated support forums are excruciating, by the way. I was going to spend this afternoon building a temporary version of the site with iWeb—which is what we used to do back when we had three readers and iWeb’s notorious Google search limitations were not a major concern—and redirecting our URL to that until I could implement a WordPress architectural fix, but as of an hour ago my login problems are magically gone.

I did nothing—not even praying or telling myself that the problem was part of my essential nature and therefore not my fault—and it’s like nothing ever happened. That worries me, since I generally do not feel comfortable categorizing problems that happened for no reason and went away for no reason as “solved.” Yet here we are with an updatable Combat! blog that gives me permission to do everything again and might, you know, collapse without warning at any moment.

In such conditions do we reevaluate our projects. In addition to coinciding with an absolutely murderous week of paying work, the enforced vacation from Combat! blog encouraged me to think about how it’s going generally. There are things I like about it—rad community of readers and commenters, satisfying discipline of writing 750 words every morning, intangible coalescence of long-running themes—and things I like less. The tagline of this blog is still “oppositional culture for an occupied age,” but we have deviated from that extraordinarily vague project to focus mostly on politics. That’s fun and conducive to my circadian work habits, but it can also get depressing—even as it seems more and more important. I believe we are at a watershed moment in the American democratic experience. I also believe that if we think about it too much, we will get sad.

Worse, we might get factional. The putative allegiance of Combat! blog is to free/responsible ethics and honest reasoning, but the de facto allegiance is often to liberalism. The occasional outraged white supremacist aside, we all sort of agree on a generally Democratic approach to political economy, even if we disagree with particular Democrats. That’s only natural—committed people cannot avoid patterns in their commitments—but it also puts us in danger of knowing what we think before we think about it. Working myself into a lather over Sarah Palin’s Facebook page every morning only seems to heighten that risk.

So here is what I would like us to do: while I work on a technical restructuring of Combat! blog, how about y’all work on a content/rhetorical restructuring of Combat! blog? Obviously it’s my hot body and I’ll do what I want, but I would like to hear how this community can be more fun and useful to you. There are only a few hundred of us, and we seem to be in a unique position to A) dictate the terms of our discourse and B) perhaps increase our numbers. Would you get more out of Combat! blog if it were daily posts plus short news items? What if it were more weird semiological examinations of car advertisements and less politics? Does anyone besides me care about contemporary applications of existentialism?

Chances are, I’m going to have to completely redo the technical chassis on which the site is based, so we’re pretty much wide open. Take a moment to talk about this stuff in the Comments section, and over the next week or so I will A) resume my daily schedule of posting about whatever and B) start to shape a new site that reflects our  particular community of jerks, art pussies, poli-sci/history nerds and Mose. It’s like Regarding Henry—Combat! blog has suffered some kind of brain damage, and now we get to look at our whole being from an outsider’s perspective. Also, we have an excuse to repeatedly demand, “What’s my name?”