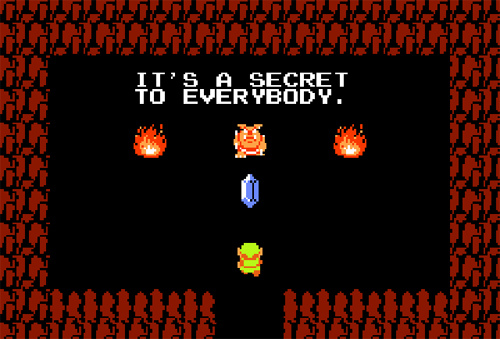 Harry Reid meets with a reporter from the Huffington Post.

The Senate Majority Leader noticed a hole in our politico-media system yesterday, and he exploited the hell out of it. In an interview with the Huffington post, Harry Reid said he had spoken to a former Bain investor who said Mitt Romney “didn’t pay any taxes for 10 years.” Of course, Reid couldn’t say who the investor was or how said investor ran across a decade’s worth of Romney’s tax returns, just as he couldn’t say that the allegation was true. But he could say some other stuff:

He didn’t pay taxes for 10 years! Now, do I know that that’s true? Well, I’m not certain. But obviously he can’t release those tax returns. How would it look? You guys have said his wealth is $250 million. Not a chance in the world. It’s a lot more than that. I mean, you do pretty well if you don’t pay taxes for 10 years when you’re making millions and millions of dollars.

In keeping with its code of ethics, The Huffington Post published that stuff immediately.

It is understandable that Reid would do that. He is a high-ranking Democrat vicariously engaged in a tough race against a robot millionaire. Romney’s resources are vast and his skin is metallic, so Reid has to hurt him anyway he can. The presumptive nominee’s refusal to release tax returns from before 2010 is already a magnet for conjecture. What better for Reid than to say he heard from some guy that Romney didn’t pay taxes at all?

And what better for the Huffington Post than to publish sourceless hearsay about Mitt Romney fed to them by a leader of the Democratic Party? Oh, right—anything. Literally anything would be more responsible than to publicly accuse a presidential candidate of avoiding a decade’s worth of taxes based on something his political opponent said he heard from a guy who invested with him once. That is not reporting; it’s repeating.

In the dimly-remembered silver age of journalism (1945-2003), an anonymous source was considered no source at all. Now nameless people tell us amazing secrets all the time, but at least they come to us through newspaper reporters. In getting its anonymous-source information secondhand—via someone who obviously hates the person to whom that information pertains—HuffPo has broken new ground. They are literally writing whatever Harry Reid tells them.

I hope that stuff is true, of course. It would be awesome if Mitt Romney really hadn’t paid taxes for ten years, in the sense that it would be horrible and spectacularly damaging. We’ve seen such rumors take hold before; the claim that Barack Obama was not born in the United States survived for a long time on a diet of just such I-can’t-say-it’s-true innuendo. The difference is that Obama showed us his birth certificate. As long as Romney refuses to release his tax returns, people will say that what he paid was scandalously low.

That won’t make it true, though. Maybe Romney doesn’t want to release his returns because he made six grand working for Hot Cops. Maybe he donated to an organization that once bought lunch for a single mom, and he doesn’t want to alienate the base. The point is that we don’t know. It’s sadly reasonable for Harry Reid to say Romney didn’t pay taxes, because he’s the Senate Majority Leader, and the SML is supposed to be a liar. But it is unconscionable for The Huffington Post to make a national news story out of it, because HuffPo is supposed to be a journalistic organization.

Most of us will not meet Mitt Romney or Barack Obama this year. If you accept that whom people choose to be president is important, then you have to believe media integrity is important, too. The media is the only way we learn anything about these people; it’s the only way we know what’s going on outside our own personal towns, to say nothing of Washington. If we cannot trust it—if what we read on the internet and see on the news is not necessarily true—then national democracy is pointless. It is figure drawing for the blind.

We already have one news network specializing in political information that doesn’t have to be true. By all measures except popularity, Huffington Post is the same thing. It’s satisfying, if you are a liberal type like me, to read that some guy said Mitt Romney dodged taxes for a decade. It’s not good for me, though, because it encourages me to believe something that is almost certainly not real. Get enough people to do that, and democracy won’t be real, either.