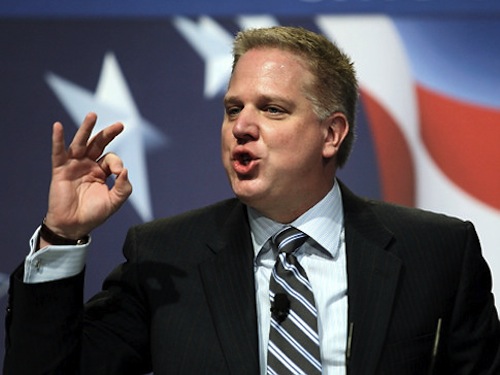 God, I wish I had Photoshop.

It’s possible you’ve heard about this, but Glenn Beck held his “Restoring Honor” rally at the Lincoln Memorial on Saturday, drawing anywhere from 87,000 to 1,000,000 middle-class, white conservatives to reclaim the civil rights movement. That’s not fair; it was really to honor American troops and raise money for the Special Operations Warrior Foundation. Except it was actually more of a religious revival. Exactly what Glenn Beck did on Saturday and how many people came to watch him and what the fudge the whole thing might mean is frankly unclear. Fortunately, we had a whole list of questions worked out beforehand.

Is it gonna be racist? Yes, but apparently not on purpose. When Beck announced plans for the Restoring Honor rally, a lot of people pointed out that it was being held on the same day and in the same location as Martin Luther King’s march on Washington and historic “I Have a Dream” speech. Beck

claimed that was just a coincidence,* but the event was chock full of references to the civil rights movement (not the least of which was a speech from Alveda King, Dr. King’s niece.) In the kind of statement that makes us stand dumbly and ponder the dilemma of whether he has a cognitive disability or is a pathological liar, Beck told Fox News that King’s movement was not about race but “people of faith who believe you have an equal right to justice.”

Right—people of faith who believed black people and other minorities have an equal right to justice. This argument is like saying that, out of fairness, the Special Olympics should hold track and field events for non-retarded people, too: technically fair, but wrong. Beck told his overwhelmingly white, middle-calss audience that “this country has spent far too long worrying about scars and thinking about scars and concentrating on scars.” So yes, the Restoring Honor rally was racist, in that it was a massive organization of white people who believe it’s time for the country to forget about racism—organized by a man who accused the first black President of racism—that deliberately co-opted the iconography of the civil rights movement. Weirdly, though, they seem to have done that because they like the civil rights movement. Glenn Beck’s rally was racist the way your friend who only likes Eminem is racist.

Will it be a Tea Party thing? Totally. Beck disavowed a political agenda, telling Fox that “I don’t see a political solution, because I think we’re too divided. I think both parties have sold their souls.” That’s all well and good, but Beck is a political commentator, and the speakers at his event included Sarah Palin and Michele Bachmann, both Tea Party darlings. Nobody talked about actual policy, preferring instead to focus on the importance of Taking America Back, Supporting Our Troops, and the Founding Fathers. This sort of vaguely political semiology divorced from actual politics is the Tea Party’s stock in trade: all the benefits of a conservative identity without having to read the newspaper.

Will something crazy happen? Yes, in the sense that Glenn Beck might have repositioned himself as a religious leader. “America today begins to turn back to God,” he told the crowd. “For too long, this country has wandered in darkness.” Several of the guest speakers spoke of personal religious conversion, an experience that Beck publicly credits with helping him overcome alcoholism and get his life back on track. Lest you think that Beck’s interest in Christianity will extend to helping poor people or being nice, though, here he is attacking the President’s religion on Tuesday:

You see, it’s all about victims and victimhood; oppressors and the oppressed; reparations, not repentance; collectivism, not individual salvation. I don’t know what that is, other than it’s not Muslim, it’s not Christian. It’s a perversion of the gospel of Jesus Christ as most Christians know it.

Incidentally, Beck is a member of the Church of Jesus Christ of Latter Day Saints, which has added several books to the gospel in which Jesus goes to America. They preserved the core values of individuality and disregard for social justice, though.

Are these people fascists? Maybe. When I hear that members of the country’s racial majority have gathered en masse to reclaim their civil rights, re-establish national religion, celebrate the military and stand up against welfare, I look around for Leni Riefenstahl. Probably, though, Beck and his supporters are simply indulging in a massive celebration of kitsch, which Sartre defined as “popular prejudices passed off as profound truths.” If there’s a cleaner description of what Beck does—and what his rally of middle-class white people making the country safe for for Christianity, patriotism and the troops might accomplish—I have yet to run across it.