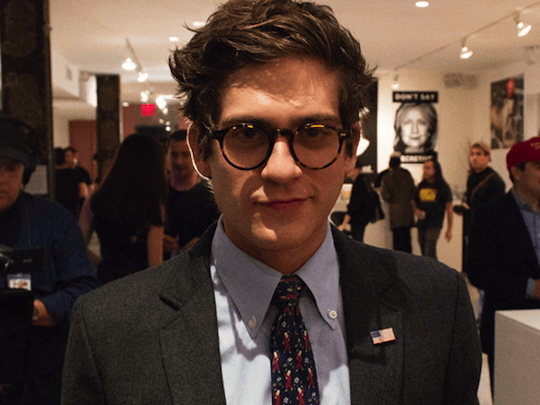 Antifa: What is it? We know that it is an organization, although it is the kind of organization with no leadership, structure, or system of membership. We also know they are terrorists: the kind of terrorists who have not been implicated in any deaths or proven to destroy property, although it is generally agreed they start fires at demonstrations. Most importantly, they are the same as Nazis: the kind of Nazis who only target Nazis, and who do not assert the supremacy of any particular ethnic group, but Nazis nonetheless. The important thing about Antifa is that it is a real and dangerous entity bent on destroying America, a la Black Lives Matter or George Soros. This morning, Gateway Pundit warned its readers that an Antifa leader had announced on Twitter that he “can’t wait for November 4th when millions of antifa supersoldiers will behead all white parents and small business owners in the town square.”

The original tweet has since been deleted, but it seems like a joke—specifically, a joke referencing the suspension of lefty Twitter humorist Krang T. Nelson. A mildly popular ironist who has publicly claimed to be the “leader of Antifa” is probably not the leader of Antifa. If he were, he would probably not leak their mass murder plan and its date in a tweet. And if this were the plan, it would probably not involve this homage to Looney Tunes. Yet the Gateway Pundit piece cites that tweet as further evidence of Antifa’s plans, in a barely readable explainer/screed by honest-to-god White House correspondent Lucian Wintrich. It’s amazing that the White House gave this person a credential. But what’s really amazing is how many right-wing personalities seem to believe his article was true.

“Seem to” is the operative phrase here. Gateway Pundit might have the dumbest readership on the whole internet. The site has its own sub-category on Snopes. Its business is built on monetizing the credulity of shut-ins, but Wintrich is presumably not one such credulous weirdo. He went to Bard—an institution that attracts plenty of rich dummies but also coats them in that veneer of sophistication which does not mistake irony for sincerity. Reading that article, the question that leaps to mind is “What kind of person believes this?” The answer is not “Lucian Wintrich.”

Here’s a more interesting question: Do his readers believe it either? It is entirely possible that Gateway Pundit is the Weekly World News for right-wingers. They agree with the sentiment, not the reporting, and it’s fun to pretend they buy it on Facebook. That’s what I hope for, anyway—a readership of provocateurs rather than credulous crypto-fascists. But this is one of those questions that is fundamentally unanswerable. The defining feature of Gateway Pundit is its epistemic instability. Only two things are certain here. One, Bard should produce better writers than this:

The Antifa movement evolved from college level indoctrination and was then fueled by the mainstream media after they began labelling President Trump and his supporters as “Nazis” or “fascists.” Through this, the “Harry Potter” dweebs decided to pickup bike-locks and go bashing their “enemies” over the head (*cough* *cough* Eric Clanton). It is supreme immaturity that leads to one galavanting around the streets under the collective title of Antifa.