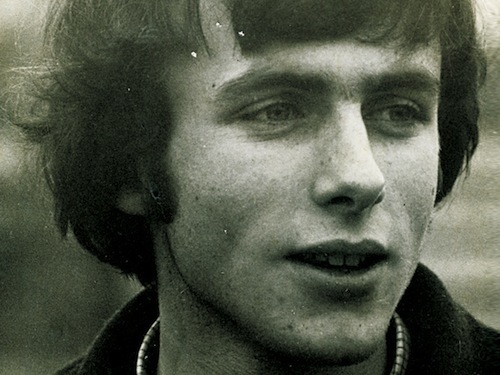 Christopher Hitchens died yesterday in Houston. Houston seems like the wrong place for that man to finish up, and such a detail, essentially arbitrary, intensifies the sense of decline that naturally accompanies death. Declinism is a hazard. The other night a former philosophy professor advanced to me his theory that Europe had sunk and the United States was being sucked under with it.*

He seemed to be getting close to Houston himself, and I considered that declinism is a worldview for an old person. The rest of us have to fake it until we make it. For a young(ish) person, to say that civilization is in decline is to abdicate a very real office. It is to ignore free choices and the responsibility that comes with them, and we’re better than that. Or at least we could be, were we not committed to the notion that we are living in the last two minutes of a basketball game, when we can foul everyone and throw up wild shots with impunity. It’s Friday, the surest way to blow the game is to decide that we’ve lost already, and the voice of conscience cheers loud as ever. Even if it did get esophageal cancer.

First, the cleanest demonstration of the power of cynicism in contemporary life: Congress. It seems like just yesterday that body’s inability to agree on issues that everyone agreed must be agreed upon threatened to shut down the federal government, but now it’s omnibus season again. The good news is that the 2012 spending bill looks like it’s going to make it. The bad news is that is has been festooned with absurd riders, most of which will be deleted but many of which stand as monuments of dicketry. “It looks like a small throwaway line…: no federal funds may be used to carry out chapters 95 or 96 of the Internal Revenue Code,” Andrew Rosenthal notes. “A little digging shows that those chapters happen to authorize the presidential election public financing system.” Another line forbids the President from hiring a climate change advisor. Come on, son, Congress. You are theoretically better than that. And I know some of you are not simpering opportunists. I’ve seen it:

I like to think that Rep. Peter King was in the bathroom while these remarks were made, wrestling with a big snake that shot out of the toilet and seized his butthole. This image will also pass the time at red lights.

As any big snake will tell you, evil is punished. Here seems as good a place as any to note that my blog got five times its usual traffic after our discussion of Stephen G. Bloom, who seems to have become an industry unto himself. Maybe it’s because he is so consistently and demonstrably wrong. Scott Dochterman dug up the front page of the Cedar Rapids Gazette from Easter Sunday, 1994—the one Bloom claims carried the headline “He is risen!” It doesn’t really look like that. Neither do Easter issues from the surrounding years, but our refusal to see what Bloom saw when he looked at the same objects may just be another instance of the “unsettling truths” he says his article raises. Or he’s not scrupulous. Whichever seems more likely to you, I guess.

An essay and a work of fiction are not that far apart, although ideally they should differ in the area of imagined details. Continuing his habit—which, to be fair, is pretty much everybody’s habit now—of using the book review as an occasion to review all of literature, James Wood has argued that the contemporary essay offers escape from the stultifying conservatism of modern fiction. He’s right. Today’s fiction is mannered as a bat mitzvah and just as fun for young people. Our man Geoff Dyer makes an appearance in citation, here, arguing for the essayistic/discursive novels of Milan Kundera and Thomas Bernhard. He can be forgiven the Kundera, since one assumes he last read The Unbearable Lightness of Being 15 years ago like everybody else.

Oh, memory of created works. Those of us who spent hundreds of hours reading comics in my bedroom might recognize the images in this:

We miss you, Bill, indeed. Come back. You’re better than us.

I can’t figure out why the embedded videos are appearing as links instead of videos, but I suspect it has something to do with my near-simultaneous updatings of WordPress and the Smart YouTube plugin. At least in the latest version, it’s not so smart. If you want to watch the videos, paste the links into your browser without the ‘v’ in “httpv:.” The v is how Smart YouTube used to know to embed the video at that link, back when it knew anything.