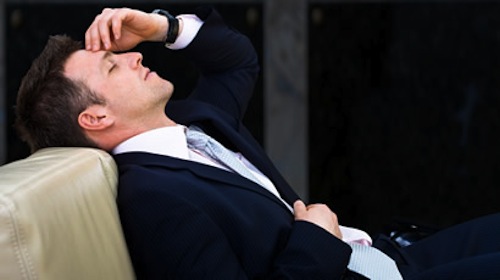 but modern science has given us several options. We can cut defense spending and reduce Social Security benefits for new retirees. We can eliminate certain deductions and return income tax rates on the wealthy to historically normal levels. We could stop invading central Asian countries for seven years at a time because God told us to. Or we could look at this slate of tough decisions, vitally important to the preservation of our way of life and , and puss out and do nothing.

Guess which option the Democratic Party is considering? Although the White House remains officially committed to not extending the Bush tax cuts for the wealthy, David Axelrod lit up the internets yesterday by suggesting that Democrats might give in to Republican demands. In an interview with the Huffington Post, he said he was concerned about permanently lowering tax rates for the wealthiest Americans, but that “I don’t want to trade away security for the middle class in order to make that point.” He was referring to congressional Republicans, who have made it clear that they are perfectly willing to do that. They’re also willing to employ Orwellian doublespeak to do it. I quote Mitch McConnell’s office, who said, “There is no reason we can’t work together to prevent equally a tax hike on families and small businesses.”

Who would disagree with that? The vast majority of Americans, it turns out, although they don’t necessarily know that they do. Normally I have no truck with the relentlessly partisan Crooks and Liars, but this article on widespread support for reducing income disparity was enough to get me to hold my nose. It turns out that most Americans A) want to reduce the gap between rich and poor and B) wildly underestimate how wide that gap is. If only there were some political party willing to publicize the degree to which the rich have profited and the middle class has stagnated over the last 30 years, and then harness public support for the gradual redistribution of wealth through a series of moderate reforms. But I’m just dreaming. Even if such people existed, you could just say the world “socialist” to them, and they would defecate in their slacks and flee the Capitol.

Such reforms are not socialism, of course, but if you say something enough it becomes true. “True,” in this sense, means “not at all true but widely accepted,” which is fast becoming a popular alternative to the original form. Timothy Egan, who has become satisfying spiteful since the midterm elections, points out in his most recent column that such behavior may become an existential threat to the Republican Party. Back when they were an opposition party whose duties stopped at criticism, they could afford to let people like Michele Bachmann go on television and make up numbers. Now that they might have to govern based on such numbers, it’s a different matter. “What is believed” and “what is true” diverge sharply at the level of cause and effect.

Fortunately, the most vital element of American conservatism abides in the world of broadcast entertainment, where truth and falsehood have no practical consequences at all. Thus can a Rush Limbaugh or a Glenn Beck make a career out of being completely crazy—a quality that is regarded as a suspect in most other fields. One field in which it isn’t is heavy metal. The Onion AV Club has compiled this interesting selection of quotes from Glenn Beck and Glenn Danzig, and dared us to discern which is which. Hint: Ask yourself which man is more likely to argue in defense of Satan. Danzig exposes an element of hypocrisy in my approach to Beck, since I love the former even though I know he’s an asshole, and I hate the latter for the same reason. Perhaps it’s because only one of them recorded “Last Caress.” Or maybe it’s because this still hasn’t happened to Beck yet: