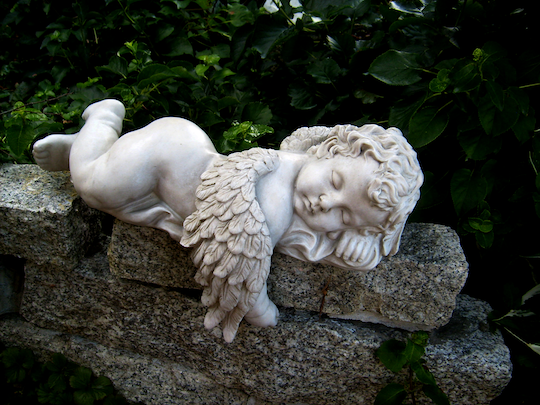 There are no gaps in human understanding. Every empty space in the world as we know it contains its own daemon who make things go as we observe. The angels who were responsible for guiding dropped objects to the ground in the Middle Ages are busy now entangling quantum particles and propelling a better candidate toward the Republican nomination. They hold the jet stream in its place and dance around the foil we accidentally put in the microwave. Today is Friday, and everything is going to be fine, probably, thanks to whatever makes it so. Won’t you meditate on unseen forces with me?

First, the good news: 2015 was the most thrilling season in Iowa Hawkeyes football history. The bad news is we took an absolute drubbing in the Rose Bowl, a beating almost comical in its record-breaking immediacy.1 But no one will remember that. Hawkeye fans will remember 2015 as the hour we first believed, or believed again, in a team that could be more than the sum of its parts. Here’s Patrick Vint at Black Heart Gold Pants:

I’ve been doing this for ten seasons now, and secularism among college football fans in general has grown exponentially over that time. The introduction of analytics and the expansion of recruiting coverage has effectively eliminated any belief in the possibility that a whole team can be greater than the sum of its parts. The Iowa football program was awash in also-ran recruits performing at or below expectations, because Rivals and Football Outsiders had told us so. With a historical record as mediocre as that of the Hawkeyes’ last five seasons, a coach seemingly unwilling to embrace any sort of serious change, and individual parts so disregarded by everyone else, there was no need to play another seven-win season.

Vint goes on to write a beautiful, elegiac essay on the season that was the greatest in three decades precisely because nobody thought it would be any good. He makes a wry but compelling argument for faith in things unseen as the essence of college football fandom, and I agree with him.

Meanwhile, in the filthy, secular world, Turkish police have busted a factory making fake life jackets. As refugees trying to reach Greece drive the demand for floatation devices beyond what the existing life jacket industry can support, phonies have flooded the market, including 1,200 “filled with non-buoyant materials” at a workshop in Izmir. That workshop employed two Syrian children, in case you still believed in human decency. If this story disgusts you, consider the relative immorality of 1,200 phony lifejackets compared to the ravening, borderless abattoir we have made of the Middle East in the last 15 years. People made money off that, too.

Some situations are too complicated to fill in all the forces that motivate them, and in those gaps we secret away our avarice. Other problems are pretty damn straightforward. The news has overtaken this BBC report titled Obama considers unilateral action on US gun violence, but the graph it contains is still striking:

If you squint, it almost looks like eliminating gun violence would bring our murder rate neatly into line with those of other anglophone countries. Of course, you couldn’t do that by getting rid of guns. If Americans had fewer guns, we’d just turn to murdering one another with gigantic knives, or possibly pipes and candlesticks in our conservatory. Still, if you gave me a choice between fighting two consecutive guys with wrenches or one with an AR-15, I think I know which way I’d go. Obama has since announced plans to use his executive authority to require background checks at gun shows and for purchases through the mail, a move Rep. Ryan Zinke (R-Mont.) called an “unconstitutional gun grab” and Sen. Steve Daines (R-MT) said was part of the president’s “endless assault on Montanas’ Second Amendment rights.” In this time of extremely tepid tyranny, it’s good to know their hyperbole remains utterly mindless.

You don’t realize how much bullshit you’re spewing when you’re on the narrow end of the plume. Over at New York Magazine’s The Cut, comedian Julieann Smolinski writes about her long, abusive relationship—the one whose seriousness she hid by writing “expertly cavalier, hilarious apology emails that a jury would probably look at and think, Well, she certainly seemed fine.” Props to Kelly for the link. This essay ends abruptly and without the detail we’ve come to expect from the genre, but supports my theory that there is some nebulous quality about funny people that makes them all vaguely the same: they do not feel pretty. Seriously, think of the hottest funny person. Paul Rudd? He’s a straight man. Sarah Silverman? Okay, I’ll give you Sarah Silverman. I bet she feels really bad about herself, though.