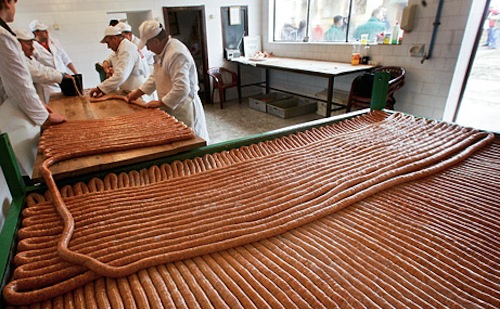 It’s been a fairly amazing week at Combat! blog, what 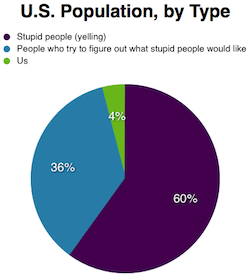 with Christine O’Donnell and Ginni Thomas restoring our faith in the human capacity for stunning feats of public dumb. Amidst this epic stupidity, though, we risk forgetting the real defining human quality, the one that animates our daily lives: mendacity. While a couple outliers were garnering all the attention with their reverse phoenix act, thousands of hardworking journalists, political commentators and cardinals were churning out the half-reasoned opinions and appeals to popular prejudice that make the world go ’round. Whether they’re lionizing the dumb for the strength of their numbers, dressing up their bigotry as victimhood or forcibly conforming other people’s fictional worlds to their own, the stars of this week’s link roundup remind us that we can be dim pinpoints of honesty in a vast, formless void of dissembling. Or we could be on TV! The choice is ours to make, and one of the two options is winning in a landslide. Fortunately, we on the losing side have our frustration to console us. Won’t you yell at a screen with me?

First to Slate, which is the well-meaning aunt at the cast party of American political discourse. Timothy Noah has outdone himself this week by calling on Jon Stewart to cancel the Rally to Restore Sanity, on the grounds that “it will translate into…judging other people for what they don’t know.” Noah believes that Stewart’s humor is predicated on mocking extremism and, by extension, ignorance—unlike that of the comedian he cites as a positive counterexample, Will Rogers, who was 41 years old when women were given the right to vote. I find it hard to believe even as I type it, but Noah seems to think that mocking ignorance is unethical, or at least uncool. “There’s still a lot we don’t fully understand about the Tea Partiers and the political independents who have lost faith in Obama,” he writes. “But one thing we should all be pretty clear on by now is that they hate, hate, hate anything that smacks of elitism.” My visceral response is “too bad for you, hateful populists,” but Noah feels differently. His essential contention appears to be that smart people should cancel their rally because it might make the people who went to the ignorant asshole rally feel bad.

Meanwhile, on The O’Reilly Factor, unsubstantiated statements continue to get the respect they deserve. NPR correspondent-turned-analyst-turned-fired-employee Juan Williams went there on Monday, where he thoughtfully considered whether America has a “Muslim dilemma.” After reminding us that he is not a bigot, here’s what he came up with: “[W]hen I get on the plane, I got to tell you, if I see people who are in Muslim garb and I think, you know, they are identifying themselves first and foremost as Muslims, I get worried. I get nervous.” Actually, Juan Williams, you are identifying those people first and foremost as Muslims. That guy in the dress probably just thinks of himself as Mahmoud. NPR fired Williams, and Fox promptly signed him to a $2 million contract. Meanwhile, Sarah Palin, Newt Gingrich, John Boehner and other prominent Republicans have called on Congress to cut off NPR’s funding. Here’s a fun game: watch that episode of The O’Reilly Factor and replace “Muslim” with “Jew.”

But of course organized religion, dealing as it does with matters as weighty as the fate of our eternal souls and discerning the will of god, maintains the highest standards of intellectual honesty. That’s why the Vatican recently announced that Homer Simpson is Catholic. The news may come as a surprise to the creators of that fictional character, or to longtime viewers who have seen the Simpsons regularly attend Springfield’s Presbylutheran church, but according to a Jesuit priest, Bart and Homer converted to Catholicism in a 2005 episode. That’s apparently all it takes for the Church of Rome to make a public statement these days. So far, the Pope has remained silent regarding the episode where Bart is fondled by a priest.