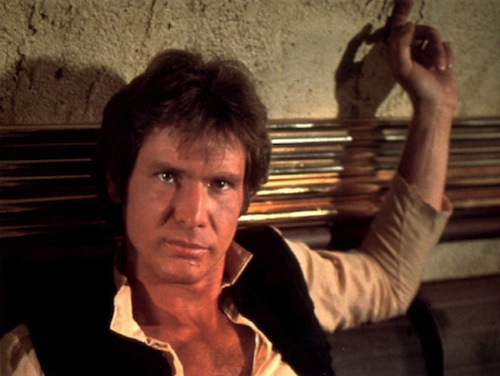 Everybody loves a scoundrel. Who can resist the raffish charm of Han Solo, the ironized confidence of Chael Sonnen, the armed troops of Francisco Franco? Not Americans—Americans love an anti-hero, a fellow who does bad but deep down is good, somehow. Our penchant for anti-heroes is so strong that, as many critics observe, we have damn few regular heroes left. I am not worried about the hero population, though. I’m worried about our supply of villains, which dwindles to near zero as they are all declared likable scoundrels. Today is Friday, and the week that was does not look so bad in retrospect. It was actually total dicks, though, and a scoundrel is a scoundrel no matter how much the princess loves him in Jedi. Won’t you shoot first with me?

Remember the ironclad economic truth that lowering taxes—particularly on the wealthy—stimulates growth? It’s one of the most dearly held principles of political economy, even though there’s very little evidence to back it. But faith does not require evidence; faith denies evidence, as senate Republicans demonstrated when they pressured the Congressional Research Service to withdraw a paper that found no correlation between tax cuts and growth. The CRS is an nonpartisan entity. Its reports are supposed to be explanatory, not persuasive, but the same thing can be said about the Bureau of Labor Statistics, whose credibility the GOP also recently impugned when they didn’t like rising employment numbers. Seriously, you guys: screw science. All that is written is written for our doctrine.

I wish I could think of some other instance where the Republican party tries to win an argument by insisting that scientific findings are a matter of opinion. Oh, right. That article neatly encapsulates two reasons why The Onion is the effing best. First, it’s true; there really have been a bunch more awful storms in the last ten years, and we probably should expect more of them. Second, the article does not mention global warming until the very end, when filling the lacuna has maximum impact. Hitchcock was right: expectation really is a more powerful emotion than surprise.

Greed is the most powerful emotion of all, just narrowly edging out being a Red Sox fan. In a combination of two unrelated—we swear!—stories, KULR of Billings reports that American Traditions Partnership has been sanctioned in district court for failing to produce documents related to charges of illegal electioneering. No ATP documents, huh? Did you check the meth house? In other news, Helena police are investigating a break-in at the office where state campaign finance records are kept. That just happened to be the same office where the ATP meth house documents were being kept, but now they are somewhere else. Somewhere safe. It’s not Alderan.

I’m not saying that Paul Krugman stole my screed against the Romney compromise argument, but here he is making the same point one day later in the Times. Can he prove that he does not read Combat! blog and does not write his columns the day before they are due? Because I do both those things. Your move, Krug-Man.

Finally, in perhaps the most satisfying even of the past week, Nate Silver bet Joe Scarborough $2,000 that Obama would win the election. Scarborough, who has attacked Silver’s hyper-quantitative analyses as politically motivated in the past, has not taken the bet. That means he’s lying. Betting is a tax on bullshit, and people who are confident enough in a proposition to tell millions of people that it’s true should also have the confidence to put money on it. A hundred bucks will turn any barroom orator back toward scrupulous evidence. Okay, that’s not actually true, but I wish it were.

Do you believe he would take such a thing with him and give it to the police man? Toots wouldn’t do that.