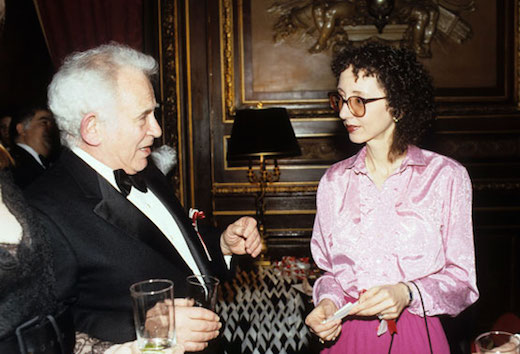 The phrase “young artist” is probably a contradiction in terms. An artist is defined by what he or she makes, and young ones have by definition not had much time to make stuff. Interestingly, the per capita number of self-identified artists in any population goes way up as the population gets younger. Most people decide they are artists first, and then they make some art. Today is Friday, and artistry—if not artistic achievement—is mostly a state of mind. Won’t you romanticize your dysfunction with me?

First, the good news: 22 year-old photographer Rowan Papier has finally found the apartment his artistic sensibility demands. It’s a two-bedroom in the Village for $3700 a month. I’m not sure that there has ever been a New York Times article more hate-shared than this one. Yes, that is a four-by-four portrait of Papier hanging over his bed, on which he poses for a photograph wearing a sweatshirt that also has his portrait on it. It’s possible that the real estate section has finally perfected the microgenre wherein a young artist searches for the classic New York apartment on which to spend his inherited wealth. First, though, he has to reject a bunch of places where you would also gladly live. It’s because of his sensibility:

I had no feeling of familiarity in Chinatown. I was craving a neighborhood with cute coffee shops, where you have brunch with friends.

Also fewer Chinese people. Meanwhile, among young folks whose staggering wealth is the consequence rather than the cause of their artistry, Taylor Swift accidentally released eight seconds of static that became the number-one track on Canadian iTunes. Swift has been releasing new tracks from her forthcoming album 1989, which is the year of her birth. Fans presumably mistook the glitch-induced “Track 3” for another early-release single, which explains its initial popularity. It maybe does not explain why it was still at the top of the charts days later, though. Be sure to read the whole CBC article, so you can see Twitter screenshots of fans asking Swift what’s wrong with their phones.

That’s her secret: people feel like they know her. The trick is to be an attractive young white woman who sings about how much happier you’d be with her than with your girlfriend. That’s way better than being a black experimental jazz musician, although it’s possible the latter approach is more fun. New York magazine has published this excerpt from Herbie Hancock’s autobiography, in which he describes the first time he tried smoking crack. Hancock would apparently go on to try it several more times in a way that maybe damaged his life, but his description of that first time is pretty great:

“Draw it in and hold it,” the person told me. I did. And when the high hit me, it was like nothing I’d ever felt. Crack overloads the pleasure center of your brain, hitting you with a wave of every pleasurable sensation you can imagine, physical and emotional, all at once. I closed my eyes and thought, Oh, shit. I should never have done this.

I have seen a lot of crackheads, and I must have surmised that smoking crack makes you feel pretty good, but I never started thinking about how good until now. Is it possible that each drug is good in proportion to how willing its addicts are to mess up their lives? There’s no way krokodil is that good.

Of course, there is still no drug that matches the high of ultraconservative posturing. Former Reagan speechwriter and Pentagon official Douglas MacKinnon has written a book called The Secessionist States of America, a “blueprint for creating a traditional values country…now.” The ellipses indicate that now will happen sometime in the future, I guess. The Amazon description has the balls to quote Abraham Lincoln in support of states’ right to secede, which probably will not create as much cognitive dissonance among MacKinnon’s as it should. Before you get too excited about this book, you should probably read MacKinnon’s explanation of why he wrote it, just to get a sense of his style:

“For me, the subject of secession is one that I have researched off and on for years. That said, it is one thing to research it, and quite another to put your name on a book that most will consider controversial at best, with some even considering treasonous. Especially considering that I worked in the White House and Pentagon.”

For me, an egg sandwich is something I had for breakfast. Also for me, I have been unable to confirm the persistent rumor that MacKinnon wants to name this new country “Reagan.” That’s what all the reports say, but it’s got to be a joke.

So a fond farewell to the former Confederacy, now called Reagan, and the people who hate gays and love humidity who will inevitably flock there. Football will be worse without you, but probably everything else will be okay. This time, we won’t even fight a war to keep you. That was always your thing, anyway.