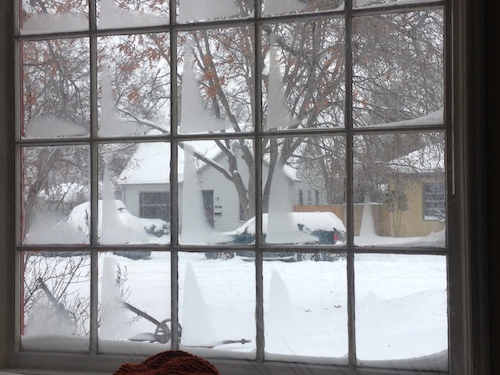 There is no Combat! blog today, because I have been covered in a metaphorical avalanche of deadlines and a more literal avalanche of snow. For the second time since Tuesday, Missoula has been struck with a blizzard. Also for the second time since Tuesday, Charter Communications has effed up their DNS servers, so only a third of the internet works at my house. That third does not include Gmail or Weather.com, so I am cut off from the outside world in all ways that could mean anything to me. To sum up: winter is stupid, Charter is very stupid, and everything sucks. I have eaten the plums that were in the icebox, and they were okay, I guess.