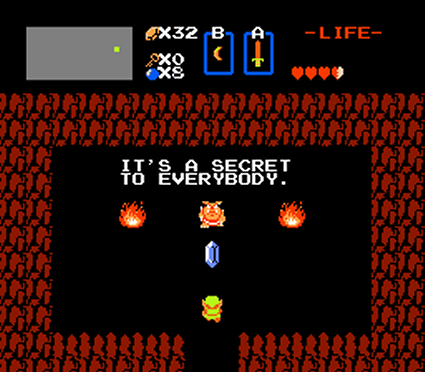 The news of the world has been sort of a downer lately, what with the Ugandan pogroms and Islamic revolutions and nutsack bombers and all. At times like this, we can take comfort in knowing that we live in America, where individual freedom and religious neutrality and non-exploding nutsacks rule the day. The United States is the planet’s longest-running democracy, founded on the enlightenment principles of reason, individual liberty and generous-if-occasionally-roughhouse tolerance, and we still enjoy the highest standard of living in the world. Coincidence? I think not. It’s our values that make us strong, and our commitment to rational inquiry and logical discourse that separates us from countries where they get all their science from one  2000 year-old book and make their women walk around with bags over their heads and nobody has a damn car. We have cars, and our women expose their underwear at the mall. It’s what makes America great, or at least what makes us rule. Of course, if you ask a large segment the country why we’re so awesome, they’ll say it’s our special relationship with God. They’re the nascent theocracy that believes we have always been a Christian nation, that our strength comes from our strictures and not our rights, and that any sentiment that can’t be read off the back of Toby Keith’s truck is probably the elitist babble of the overeducated. They are, in this sense, the Bizarro America, running around in a Superman outfit with the S backwards and fighting for what the rest of us consider crime. Maybe there are as many of them as there have always been, or maybe they’re on the rise. They certainly seem to have been particularly active lately, and this Friday’s link roundup is devoted to their weird, inverted vision for the country. So stand up, solder a can of beer closed again and do whatever the opposite of enjoyment is to the stories of their efforts. Outrage—that’s what the opposite of enjoyment is. Funny how it feels so similar lately.

The good news, first of all, is that it’s still illegal for an atheist to hold public office in North Carolina, and they’re still enforcing it. Cecil Bothwell, who was elected to the Asheville City Council in November, is currently being challenged by a number of local Christians, who argue that he is disqualified from holding the office because he is “an avowed atheist.” Never mind that Article VI, Section 3 of the US Constitution states that “no religious test shall ever be required as a qualification to any office or public trust under the United States,” or that federal courts have already ruled such requirements unconstitutional in numerous similar cases. “The test occurred on November third,” Bothwell’s campaign treasurer, Jake Quinn, told the Asheville Citizen-Times. “It was called an election. Zing! Still, opponents of Bothwell are standing on the state law, which is unequivocal. “I’m not saying that Cecil Bothwell is not a good man, but if he’s an atheist, he’s not eligible to serve in public office, according to the state constitution,” said H.K. Edgerton, a former Asheville NAACP president.

H.K. Edgerton isn’t saying that Bothwell isn’t a good man; H.K. Edgerton is just using his own financial and legal resources to prevent Bothwell from assuming the public office he won in a popular election. And who is H.K. Edgerton, you ask? Why, he’s only the Confederate flag-supportingest past NAACP chapter president in American history. Apparently Mr. Edgerton spends a lot of time not saying things that his actions would appear to indicate, since he is a staunch defender of the stars-and-bars, holds an honorary membership in the Sons of Confederate Veterans, and  has argued publicly that “there was a love that existed between black and white in the South that transcended the bonds of slavery.” Did I mention that Edgerton is black? Yeah. If only there were a term for such a person, who—OH SHIT! IT’S MICHAEL STEELE DOING AN AWKWARD LITTLE DANCE!

Fortunately, not all local politics is run by cabin-owning uncles. Some of it is run by good old-fashioned insane white people, who—when black people are unavailable—like nothing better than to stick it to those uppity schoolteachers. In Texas, Don McLeroy and a clutch of ultraconservative religious Republicans are busy running the State Board of Education, which is busy choosing new textbooks for the next decade. Fun fact: Texas is the second-largest market for public school textbooks in America, which gives them enormous influence over manufacturers. Since you can only do so many editions of Exploring Earth Science, publishers tend to design their books to the specifications of the big markets. The influence of Texas is normally counterbalanced by the more liberal California, but since that state is, to quote Governor Schwarzenegger, “broke as a joke, dog,” they won’t be buying any new books until 2012. That means the deliberations of the textbook committee of the Texas State Board of Education will likely determine what books show up in classrooms across America. And guess what the Texas State Board of Education likes? ““Evolution is hooey,” McLeroy says. A lot of stuff central to the functioning of a democratic society is hooey, as it turns out. “The secular humanists may argue that we are a secular nation, but we are a Christian nation founded on Christian principles. The way I evaluate history textbooks is first I see how they cover Christianity and Israel. Then I see how they treat Ronald Reagan—he needs to get credit for saving the world from communism and for the good economy over the last twenty years because he lowered taxes.” Ah, yes—the two elements of American history: Christianity and Ronald Reagan. McLeroy and his cohorts are also working to remove mention of the New Deal and rehabilitate the image of Joseph McCarthy. Don’t worry; it’s way too late to stop these people.

Speaking of the Carolinas, you know who appears to have lost his damn mind? Gallagher. The watermelon-smashing prop comedian—whom I totally saw in LA!—recently granted an interview to The Onion AV Club, in which he decries the descent into mediocrity and immorality in America that roughly coincides with the utter collapse of his career. Among many, many other things, Gallagher is concerned with a lack of precision in contemporary discourse. “Comedians need meaning. We need to know what words mean, and our society now is intent on blurring the meaning of just about everything. And the legal system also! What is an adult? What’s premeditation? What is a felony?’It’s very difficult. What’s improper behavior? I ask these cops.” Do yourself a favor and read this interview. It makes even less sense than Gallagher previously made.

When our nation’s clown prince starts talking like this, you know we’re in trouble. Perhaps all of this meshugaas is a temporary flare-up and the lunatics will be driven back into the asylum. Perhaps they will get enough Reagan-and-Jesus history books into the classroom that the nation falls under their yoke for the next hundred years, and half of y’all will be reading Combat! blog through a veil. If it happens, don’t worry—we can always get back to enlightened secularism. Just look what an easy time they’re having of it in Iran:

It turns out the revolution will be televised, sort of, after all.