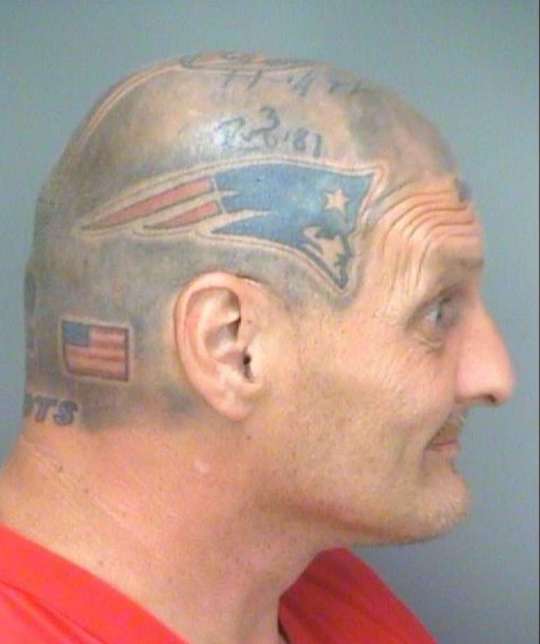 First, the good news: Trump spokesperson and aged version of that muppet who sings with Dr. Teeth Kellyanne Conway delivered a hilarious joke about the Bowling Green Massacre on Hardball last night. The bad news is it was too soon—way too soon, in the sense that there was no Bowling Green Massacre. Conway seems to have been referring to the case of two Iraqi refugees in Bowling Green who were convicted of trying to send money and weapons to Al Qaeda in 2011. Here’s how she put it to Chris “Hardballs” Matthews last night:

I bet it’s brand new information to people that President Obama had a six-month ban on the Iraqi refugee program after two Iraqis came here to this country, were radicalized and were the masterminds behind the Bowling Green massacre. Most people don’t know that because it didn’t get covered.

This quote has everything you want from Kellyanne Conway: it blames the media, sets up a false equivalence with Obama, and presents her lies as privileged information. Most people don’t know that President Obama banned Iraqi refugees for six months after the Bowling Green “massacre” because he didn’t do that. Although the process slowed, Iraqi refugees were admitted to the United States during every month of 2011.

Conway is a liar and remarkably bad at it, when you consider that she’s a professional. But she can be forgiven for making literal the conflation at the center of our terror policy. As far as the federal government is concerned, sending money to Al Qaeda from Bowling Green is the same as killing people in Bowling Green. That doesn’t make any sense, but the essence of American reasoning since 2001 is that terrorism is so bad that anything related to it is equally bad. Corollary: terrorism is so bad that anything you do to stop it is good. The Senate Select Committee on Intelligence has released its book on CIA “advanced interrogation”—commonly known as “torture”—and the New York Review of Books sat down with Hugh Eakin about it. One exciting fact he mentions is that Dick Cheney and the CIA started talking about torture—using that word, “torture,”—before they had any “high-value” detainees to interrogate. They got out the hammer and then went looking for nails. Also, the oft-repeated claim that torture techniques yielded life-saving intelligence is “simply not true.” But maybe my favorite stunning revelation is this:

[W]e already knew [Cheney] was very much engaged with the question of whether or not we could do these things. Where he first comes into the actual discussion of techniques of interrogation is unclear. Because the Democratic majority on the committee agreed to limit the report to the CIA, we really don’t have definitive answers on who made critical decisions within the executive branch and when they made them.

That was pretty cool of the Democratic Party to limit its investigation of state-sponsored torture to appointed agents and not the elected officials who told them to commit war crimes. It would have sucked for the GOP to be publicly regarded as the party of useless torture. Good thing the Democratic majority on that Select Committee didn’t press its advantage, because now that a new administration is gearing up to torture people, I’m sure Republicans will return the favor.

While we’re being sarcastic, check out Steve Bannon’s great idea for a movie titled “Destroying the Great Satan: The Rise of Islamic Facism [sic] in America.” The Trump strategist and new member of the national security counsel wrote this eight-page outline in 2007, planning a “documentary-style” film about the creeping Muslim takeover of the United States. I don’t know if there’s a term for a documentary about something that isn’t actually happening, but I can think of some. Also, like the Washington Post’s other stories about Bannon, this one contains quotes from friends and family who assure us he’s not racist. Take Tim Watkins, a producer who was involved in discussions with Bannon about the film. “This is not because Bannon had a hate or dislike for Muslims,” Watkins said. “I believe that he believed that no society is without its radical fringes.” We’re going to laugh at these people right up until the moment they lock our cells, aren’t we?

They’ll have to do it, because they love America so much. If you’re a true patriot, you’re willing to do anything that make keep this country safe. If you want an example, check out Annie Lowrey on that demonic fascinator Twitter, reminding us that poll phrasing matters. Remember that Rasmussen poll that found majority support for Trump’s travel ban? It turns out their question ended with the clause “until the federal government improves its ability to screen out potential terrorists.” When Gallup left that off and instead asked respondents if they approved of a “temporary ban” on visitors from seven Muslim countries, only 42% said yes.

Phrasing matters. In items of interest that do not make us want to build a secret panel in the back of our closet, wise man Greg Wiseman sent me this video breakdown of how Louis CK tells a joke:

Something I really like about Louis CK is the degree to which his jokes are crafted for the stage. As the video points out, his pacing at the sentence level is structured around how the joke will progress before a laughing audience, which is of course how you want to do it. But when preparing material for stand-up, it’s easy to write jokes that are funny on the page (i.e. your phone) and then try to translate that to the audience when the time comes. That’s the difference between us and a master.