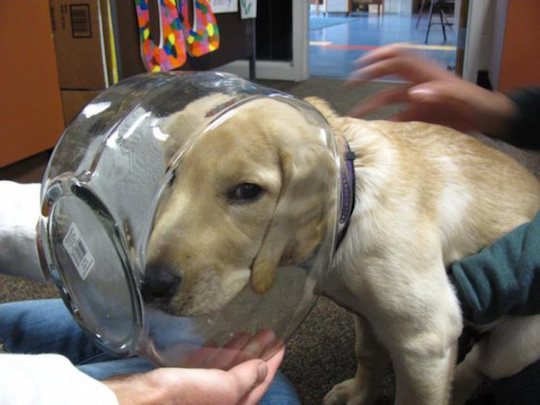 Every American schoolchild knows they should never give up on anything no matter what. Like confidence, honesty, or patriotism, persistence is one of those good qualities that can never go wrong. The trick is to ignore failure. If some setback tempts you to reevaluate what you’ve been doing, put it out of your mind and soldier on. That’s how you guarantee that you enjoy a long, happy life, like a soldier. Today is Friday, and when all else fails us, we will still have our determination to succeed. Won’t you push deeper into the fishbowl with me?

First, the good news: every aspect of the new Donald Trump administration is going according to plan. The bad news is that this report comes from Steve Bannon at CPAC—his first public appearance since President Trump was sworn in.1 To paraphrase an old saw, if Steve Bannon says he loves his mother, check it out. But despite reports from the “corporatist globalist media,” Bannon says the “deconstruction of the administrative state” is running smoothly. If I remember correctly, that’s exactly what the American people hired Trump and his team to do: dismantle the government. All those “deconstruct the administrative state” hats weren’t kidding. We just needed to lie back and let America soar to new heights by doing the one thing we never tried: nothing. In the immortal words of Ernie Anastos, keep fucking that chicken.

On a completely unrelated note, here’s Johnny Carson on The Tonight Show in 1974, bombing in the opening monologue and then doing seven minutes:

Making it look easy was Carson’s whole thing, so one forgets what a professional he was. It takes a real showman to stop the snowball that was those jokes rolling into that opening monologue. Anyone else would have bolted for the desk. But like many midwesterners, Carson’s easygoing demeanor belied a fundamental arrogance. He simply refuses to bomb. Maybe it’s because Milton Berle is watching from the green room. Maybe he is just mad at the dude in the audience who started heckling the goddamn Tonight Show two minutes in. For whatever reason, Caron keeps going until he gets a couple of big laughs, having acknowledged how terribly things were going along the way.

That kind of honesty is crucial, when you need to fix something. Over at the Guardian, Bill McKibben writes about the need for candor as the DNC chooses a new chair. He makes a compelling argument that the party needs to embrace its left wing. Along the way, though, he utters the most irritating words in contemporary politics: “the resistance.” I think it’s good that people are resisting President Trump and his stupid, hateful plan for America. I think it’s great people are marching in the streets. But let us not pretend that posting on Facebook and going to a demonstration is like Nazi rule of Paris. It’s not even like running for city council. Let us not flatter ourselves with paragraphs like this:

The resistance is doing as well as anyone could realistically hope. Deprived by the elections of any institutional power, we’ve marched in record numbers with courage and wit. That’s helped journalists to find their footing, and President Needy’s poll numbers have begun to tumble. But only a crazy person could keep up this plate-spinning pace for long. Since he clearly will, those fighting Trump need to find a fortress to call home – a place to find shelter in and from which to sally forth.

“Deprived by the elections of any institutional power” is a nice euphemism for “failed to achieve all concrete goals.” Three months after a complete route, it’s a gutsy move to take credit for the tone of White House coverage. This opening paragraph captures the problem with a Democratic Party that has convinced itself being right is the same thing as doing right. My friend recently mentioned that she had “come out” as a member of the resistance. Stonewall it ain’t. Come out and organize. Join the school board and make kids learn about Maynard Keynes. Then maybe the Democrats can enjoy a historic victory twenty years from now, like the GOP did in November. Hashtags won’t do it.

If you don’t believe some weird local-to-international pipeline supplied the zealots streaming into Washington today, check out this article on the anti-Semitic ties of Sebastian Gorka, the dubiously-credentialed “counterterrorism expert” who is now Trump’s deputy assistant. Here he is wearing a medal warded by Vitezi Rend, the Nazi collaborationist government of Hungary during World War II: 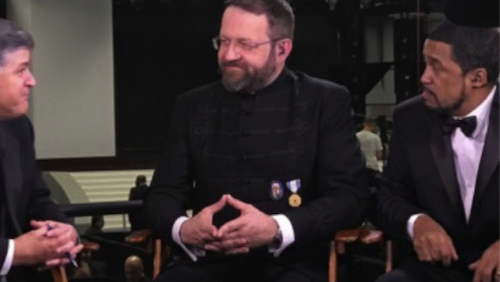 Gorka told Breitbart that he wears the medal “t0 remind myself of where I came from, what my parents suffered under both the Nazis and the Communists, and to help me in my work today.” I bet it does help your work, when you are a national security expert with little significant military or intelligence background, to wear some medals on your blazer. Lili Bayer’s well-researched Forward profile also points out that the United States is the third sovereign government Gorka has worked for since 1996.

He’s going to keep searching until he finds a country that works, dammit. You’ve got to admire that kind of persistence. It’s the hustler’s attitude, celebrated in rap since time immemorial.2 Props to Ben al-Fowlkes for sending me this sweet jam from E-40, and props to Willy for putting us both on him. “I can’t go on,” Beckett wrote. “I go on.” He knew it was all a choice, too.