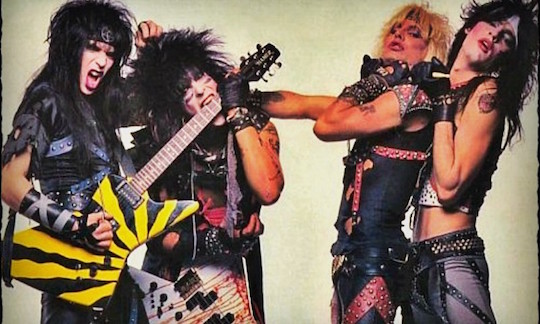 Motley Crue in the Decade of Decadence era

Thanks to history (753 BC—1992 AD), we know that cultures rise and fall. Ancient Rome, for example, lasted about 1100 years, and some of those years were better than others. In his classic treatise on the decline of the Roman empire, Gibbon observes that foreign wars made the army more powerful than the rest of the state, whose administrators became corrupt as, among the ordinary people, “bizarreness masqueraded as creativity.” Fortunately for us, that’s not happening to America. Foreign wars have made heroes of everyone connected to our military, and our public servants would never put money ahead of the duties of their offices. As long as we can stamp out Tim & Eric Awesome Show: Great Job!, we should be fine.1 Today is Friday, and America has achieved in a mere 250 years what took Rome a millennium. Won’t you bask in the twilight of empire with me?

First, the good news: Kim Kardashian is a student of history, too. A few weeks ago, she took to Twitter to observe, “Today marks the 100 year anniversary of Armenian Genocide!” She was roundly mocked for her use of the exclamation point and brand-name capitalization, but over at the Daily Beast, John McWhorter wonders if that kind of writing hasn’t become the norm. It used to be that high school graduates were expected to be able to compose a persuasive essay. As a person who reads many such essays, I tell you that most cannot. I quote McWhorter:

“What Kardashian’s tweet reveals is not someone strangely neglectful. She didn’t go to college, and her high school education, as a modern one in today’s increasingly oral society (see below) unsurprisingly did not teach her the finer points of how to write a sentence.”

What’s seen below is McWhorter’s argument that few people read for pleasure these days, because there are so many other ways to pass the time. We are transitioning to an oral culture, he believes, and our writing increasingly reflects the standards of speech. I’m going to assume that the admonition to “get over it” was added by his editor or possibly a web designer. I will not get over it. I will lament this widespread dumbening for a long time.

Of course, plenty of well-educated people still use writing as their primary persuasive medium. They’ve just abandoned the ethics of persuasion. Fredrik deBoer, who is rapidly becoming my favorite contrarian, identifies a problem in progressive discourse that he calls the White Off:

“A White Off is a peculiar 21st-century phenomenon where white progressives try to prove that the other white progressives they’re arguing with are The Real Whites. It’s a contest in shamelessness: who can be more brazen in reducing race to a pure argumentative cudgel?” 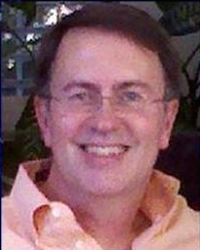 who complained that “Democrats are giving President Obama the full Emmett Till treatment over Elizabeth Warren.” Emmett Till was a 14 year-old black child murdered in Mississippi after flirting with a white woman. When people wondered if that was maybe not a cool comparison, Brauer called them “manarchists” and “dudebros,” describing the response as “a tsunami of white tears.” At right is a picture of Allan Brauer, victim of white manarchist dudebros. In what can only be described as a warning, deBoer notes, “This guy feels totally confident in invoking the spirit of a famous victim of violent racism to satisfy his political ends, and in complaining that his critics are just white men.” Contemporary progressive rhetoric hasn’t just made the ad hominem argument okay. It’s made it such a reflex that it is immune to hypocrisy.

It’s possible that progressive reasoning has broken down. Consider the problem of Black Widow: yes, she’s a woman superhero in Avengers: Age of Ultron, directed by writer-of-strong-woman-characters Joss Whedon. But she also gets upset about not being able to have children and snatches Captain America’s shield with a one-liner about “picking up after you boys.” Isn’t that anti-feminist? At NPR, Linda Holmes argues that any other character in Avengers would be problematic as a woman, too. The woman Hulk is at the mercy of her emotions. Antonia Stark screws up and gets the whole team in trouble, while Lady Hawkeye just wants to come home to her family, and Captain Americhick is a prude. What we have here, Holmes writes, is a scarcity problem:

“The problem is that with so few women in superhero movies, each of these portrayals stands not only for the choices Whedon made, but for all the choices he and many others didn’t and don’t make.”

The problem is not so much how we write women; the problem is that male characters are just characters, but female characters represent women and how we think about them. That’s partly because there aren’t enough women in our fictional narratives. But when Natasha Romanov isn’t empowered enough, we might not be analyzing such characters fairly.

Maybe Joss Whedon’s son will do better when he inherits the franchise. On a note unrelated to America’s nascent aristocracy, Gail Collins is sick of Jeb Bush. Props to Ben al-Fowlkes for the link. When Megyn Kelly asked Bush if, knowing what we know now, he would have authorized the invasion of Iraq in 2003, he said he sure would have. He added that Hillary Clinton would have, too. A day later, Bush said he misunderstood the question, but he still wouldn’t admit that invading Iraq was a bad idea. Then again, he won’t even admit that he’s running for president. That might have something to do with the campaign finance laws that he’s obviously flouting. As the man says: “it’s diamonds and gold for the idiot sons, / all the privileged thieves gonna make things run.”