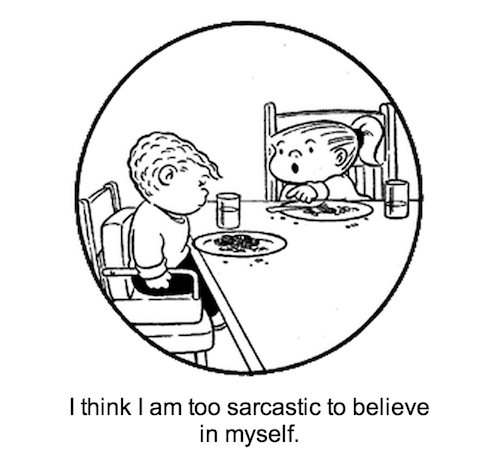 From The Nietzsche Family Circus, which randomly pairs Nietzsche quotes with panels from the comic

Now that we’ve all been hoaxed a few times by ZANU-PF’s Twitter and lymphomatic Hawaiian girlfriends and whatnot, it’s easy to read any report with a baseline skepticism in mind. Is this, strictly speaking, real? is a perilous question to ask of the news, particularly since the news is often about events, and events are what we use to determine the quality of the real. To ask whether every new event is real is to fix our standard of reality in the past. Still, certain things that happen seem like they did not really happen. Today is Friday, and the march of wonderment continues apace. Won’t you fall into lockstep with me?

Let’s start with some historically unprecedented truculence: for the first time ever, the Senate has filibustered the nomination of a Secretary of Defense. The motion to close debate and proceed to an up-or-down vote on Chuck Hagel failed 58 to 40, falling short of the 60 votes that have been the new threshold for majority since 2009. Hagel is not only a Vietnam veteran but a Republican, so it’s not as if he were such an audacious pick. But he criticized the Iraq War and is somehow not regarded as sufficiently pro-Israel, plus 800 words about how each side hopes to put the other in a politically difficult position. Comity, assholes! It’s a t-shirt I’m making.

Meanwhile, among people who have to get things done, the man who shot Osama bin Laden is separated and boderline uninsured. Phil Bronstein’s article is ostensibly about how our military health care system fails veterans, but mostly it’s about how rad it was to shoot Osama bin Laden. It does sound pretty cool. I won’t say what the coolest part is, but it involves the Al Qaeda leader’s son making a rookie mistake. Did you remember that we killed UBL’s 16 year-old son? Kind of spoils it, huh?

We should have hit him with a meteor. I initially did not believe that the Russian meteor videos were real, which is to say I knew they were real, but the voice in my head that tells me not to believe the internet was screaming the whole time. But yeah—a really big meteor passed through the Earth’s atmosphere, nearly rearranging Russia. I now understand why Meteor Swarm was a level 9 spell in Dungeons & Dragons, and I take back what I said about it being anticlimactic. Still, if you could learn Meteor Swarm or Wish, which would you pick? It seems like you could just Wish for some meteors. I could go on about this.

And now for things that actually aren’t true. “A hacker or hackers” took control of the KRTV emergency broadcast system in Great Falls on Monday to warn viewers that “the dead are rising from their graves and attacking the living.” It turns out he just saw the Senate. I’m kidding; it turns out he just wanted to expose the vertiginous self-reflection of contemporary media by making the LA Times write this sentence:

On the KRTV Facebook page, users were commenting on the media coverage of the story: “The Zombie alert has made it to CNN!” “Fox News just reported on the hacking of the EAS. KRTV just went national!”

Don’t worry: we’re still monitoring the KRTV Facebook page so we can tell you what whether other commenters have seen news reports on this story.

Montana is the place where you can hack the emergency broadcast system. It is also the place where you can hack the social contract. This con piece about Bad Naked, who does this, is by far the most controversial thing I have ever written for the Missoula Independent. Everybody is really friendly and supportive here, which is why they rose up with one voice on Facebook yesterday to say that A) everything is art, and B) all art is good. I would describe it as paradoxically disheartening. Anyway, I told the truth.

What’s really amazing is that aforesaid Bad Naked is opening for Fucked Up tonight at KBGA’s Endofthon. He has a lot of friends. Chances are I will see his performance, because he is playing immediately before my friends’ band, Total Combined Weight. TCW is good, and they deserve to open for Fucked Up. That’s not mind-blowing at all. But it is mind-meteor-showering that Fucked Up has come to Missoula to play a college radio fundraiser, because they are amazing. Behold:

By the time you read this, I’ll be deaf.