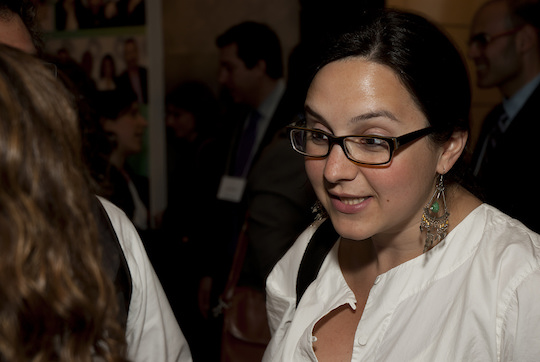 There are two reasons to write: for approval and for satisfaction. Satisfaction is generally held to be the more noble motive, or at least the more sustainable one. But insofar as satisfaction is just another kind of approval, i.e. approval of oneself, there’s really only one reason to write. That’s why reading sucks. Most written works are series of bids for the reader’s approval, with small amounts of useful information inserted like the hook in a big, plastic lure. Look how yellow and glittery my lure is, dear reader! Don’t you want to swallow that fat worm and become my meal? Every writer thinks this, consciously, each time they sit down to write. The trick is to hide it. Here’s the first sentence of Bari Weiss’s debut column in the New York Times:

A mere half-year ago, before collusion and Comey, before Mika’s face and Muslim bans and the Mooch, there was a shining moment where millions of Americans flooded the streets in cities across the country to register their rage that an unapologetic misogynist had just been made leader of the free world.

I see what you did there, and I am displeased. “Collusion and Comey” is all right, even euphonious. That would be just enough spice to get me through this longish compound sentence. But then I get “Mika’s face and Muslim bans and the Mooch,” which is both conspicuous and unsatisfying. Alliteration doesn’t work with phrasal nouns. You could do “Mika and Muslims and the Mooch,” but that doesn’t make sense. Neither does  “Muslim bans,” though, since Donald Trump started talking about that early in the campaign, before the women’s march.  This sentence has to work to wedge in all this alliteration, and for what? It only distracts me while I’m trying to decode the meaning—something along the lines of “It seems like a long time ago, but before all this craziness, Trump’s election brought about something good: the women’s march.”

That sentence conveys the same ideas as the one Weiss wrote, but it does not demonstrate the felicity of the author. I submit that alliteration serves only that purpose in nine out of ten uses. It is a time-honored way to show that you are a good writer, despite the fact that anyone can do it. As a skill it is even less difficult than rhyming, yet generations of English teachers have taught it is a Literary Technique. It is not. Alliteration is a literary term, and as a demonstration of mastery it is only slightly more impressive than enjambment and about as difficult, i.e. easy to do but hard to do meaningfully.

Alliteration works well in epithets, such as “nattering nabobs of negativity.” This leads us to assume that it would constitute wit in prose. But while alliteration is good for coming up with catchy nicknames, it almost never makes a sentence more trenchant. Neither does it introduce double meanings or resolve ambiguities, except incidentally. It doesn’t engage the realm of meaning at all, operating on the level of diction by making it serve arbitrary similarities between words instead of connotation and nuance. It’s frosting. Alliteration is the kind of wit that isn’t funny or insightful, the kind of poetry that does not address the soul.

And yet we keep taking it up. I think alliteration is a step we take not because it gets us where we’re going, but because it’s sure. If I sit down to write the first sentence of something important, I am liable to think too much. I need to just start typing, and alliteration gives me a form I can follow almost automatically. That is a reason to avoid it. Sentences get hard to write when we are not sure what they say. To govern them by some other logic is to avoid the hard questions good writing seeks out.

Anyway, a lot of people are mad at Weiss for attacking the leaders of the women’s march on the basis of their past approval of problematic figures, such as Louis Farrakhan and Fidel Castro. She also seems to put “anti-Zionism” in the same category of bad ideas as anti-Semitism and killing cops. Those are valid grounds for criticism. I also think Weiss is right to be on the lookout for anti-Semitism in contemporary progressive movements, which seem to defend the rights of Jews less vigorously than those of other groups. Reasonable people can disagree about which ideas are “beyond the pale of the progressive feminist movement in America”—a truth that constitutes both a criticism of Weiss’s column and a defense of it. But the issue on which there can be no disagreement, where we must enforce consensus with an iron fist, is alliteration. That shit must stop immediately.