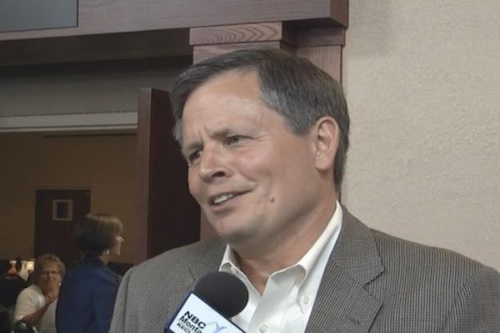 Last week, game replacement Amanda Curtis challenged Republican Steve Daines—who presently leads their US Senate race by 19 points—to more than a dozen debates before Election Day. The Daines campaign did not reply—or rather they did reply, but only to say that they could not possibly answer her challenge until Curtis responds to Daines’s invitation to debate in either Sidney or Glendive. Both of those towns have populations around 5,000. The good people at Nielson declared Glendive the smallest local television market in America back in 2010. During these last two months of the race for Senate, it kind of looks like Daines is trying to involve as few Montanans as possible. That’s the subject of my column in this week’s Missoula Independent, which is what you get today instead of a blog. We’ll be back tomorrow with Friday links.