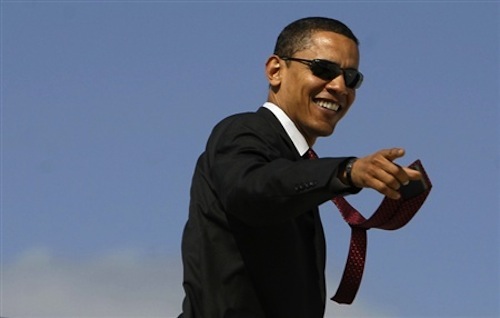 Every schoolchild knows that the Founders built American government on a system of checks and balances, by which the executive and legislative branches battle each other for eventual control of the military judiciary. Starting around January 16, 2009, it looked like Congress was winning. There are a lot more of them, so they enjoy the same advantages over the President that gazelles enjoy over lions: anonymity and coordination. Meanwhile, the United States of America hurtles toward doom and bread riots—that’s the consensus, at least—so Congress need only stall this position and wait. They’re like mutineers who decide to kill the captain and next conclude that the best way to kill the captain is to sink his ship. So picture 535 gazelles and a lion fighting in the control room of the Bounty, and that’s our government for the last three years.

At least that’s how it was until this morning. This morning, the Senate killed a measure from the House of Representatives that would have disapproved the most recent debt-ceiling increase. I know that after the word “killed,” that sentence gets really boring. But consider that as recently as last summer, disagreement over whether to increase the debt ceiling paralyzed Congress and threatened to shut down the entire federal government. It was congressional intransigence in its purest form, and so destructive—let us not forget that it resulted in a downgrading of the credit rating of the United States—that Obama referred to it in this week’s State of the Union Address.

Congress played hardball last time, is what I’m saying here, and this time they didn’t even take it to the Senate floor. Perhaps they remember this summer’s spectacle of fuckery as a tactical misstep. Perhaps the President placed a phone call to Mitch McConnell while calmly stroking his granddaughter’s hair. We don’t know. But the world’s greatest deliberative body took for hours to decide not to screw around with the debt limit again, and the House probably knew their own defiance would be safely symbolic.

So the executive branch has moved one step closer to finally obliterating the legislative. Either that or our government is kind of sort of starting to work again, at least in the area of internal systems maintenance. In an ideal American republic, the Senate would not have spent half its work day deciding whether to vote on a bill disapproving the President’s request for money they all knew they were going to spend anyway. But it is progress, if progress of an attenuated sort.