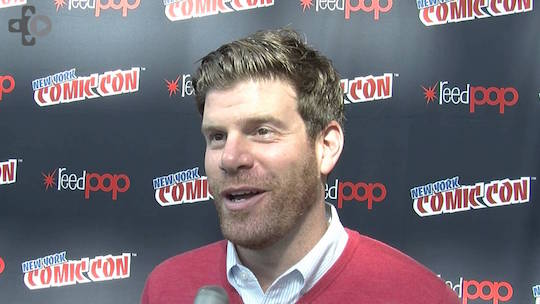 Buffalo Wild Wings doesn’t know how to feel about this any more than we do. “We are disappointed to learn of Steve’s misrepresentations regarding the events of September 11, 2001,” says a statement the company issued Tuesday night. “We are currently re-evaluating our relationship with Steve pending a review of all the facts.” Presumably they were about to fire him, and then somebody said “Jared Fogle,” and the whole thing snapped back into perspective.

How bad is it, exactly, to lie about being in September 11th? I think we can agree it’s not good. It doesn’t help people. But does it hurt them? If we subscribe to a strictly compassion-based, outcome oriented ethics, is falsely claiming personal experience of a tragedy as bad as, for example, actually working for Merrill Lynch?

I’m being flip, but that giant financial conglomerate probably hurt more people in its collapse than Rannazzisi hurt by not being in one. Our visceral sense that he did something wrong by lying about his experience on September 11th is probably correct, but not because it hurt us.

Nor is it a convincing argument that Rannazzisi’s phony 9/11 anecdote was wrong because it unjustly advanced his career. He told the Times that his fake story was “an early taste of having a public persona,”1 but we’d be hard-pressed to say that’s his public persona now. Probably, no one said, “We need a 9/11 survivor to capture the essence of Buffalo Wild Wings.” Surely it was a useful lie from time to time, but Rannazzisi has characterized it less as an opportunistic subterfuge and more as a whopper that got away from him.

“For many years, more than anything,” he said in his statement, “I have wished that, with silence, I could somehow erase a story told by an immature young man. It only made me more ashamed. How could I tell my children to be honest when I hadn’t come clean about this?”

We return to deontology: lying is bad, not because it hurts other people or meritocracy, but inherently. It’s hard to get indignant about Rannazzisi’s lie, though, when we’ve constructed a society that justifies lying for pretty much any other reason. I don’t think our collective honesty is much more sterling than Rannazzisi’s personal honesty—not enough to pillory him, anyway, although I’m sure we will. Somewhere between implying that Saddam Hussein did 9/11 and strongly implying that processed ham is good for you, American society lost its authority on the issue of truth-telling.

So maybe what’s troubling about Rannazzisi’s lie, like a lot of lies, is that it tells us the truth about ourselves. Specifically, it tells us what kind of untruth people feel incentive to tell. We’ve declared that everyone involved in 9/11 is some kind of hero, whether it’s the kind that dies saving other people from fire or the kind that heard a plane crash and got the hell out of there.

Who wouldn’t want to cash in on that? More importantly, why can’t we tell a real hero of 9/11 from an ordinary person?2 If it meant something beyond morbid curiosity to have been in those towers on September 11th, maybe we wouldn’t need New York Times fact-checkers to see through Rannazzisi’s lie. Maybe the profound difference between people who were in the World Trade Center and those who weren’t is a lie we’ve been telling ourselves, and he was just too willing an accomplice.