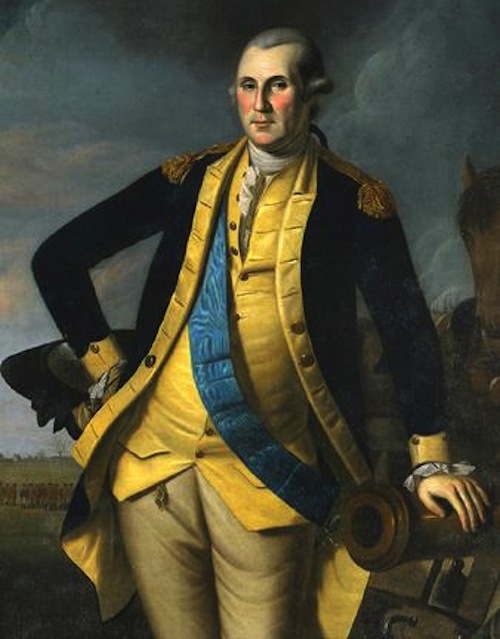 The good news is that the United States was not involved in any way with the UK’s decision to detain David Miranda, partner of journalist Glenn Greenwald, under Schedule 7 of Britain’s Terrorism Act 2000. Sure, we knew about it in advance, but we didn’t request or encourage it—nor do we condemn it, and we won’t say whether we benefited from it. According to pleasingly-named White House spokesman Josh Earnest, the British detention of the boyfriend of the journalist who reported the Edward Snowden leaks is just a fact the US government calmly absorbed, like a jellyfish encountering a Gummi Bear. Our executive branch’s placidity in the face of what is maybe the most naked abuse of anti-terrorism law in the modern era is a model we all can follow, and so is its use of understatement. Quote from important British person after the jump.

They may have a perfectly reasonable explanation, but if this is what is going to happen, if we are going to use the act in this way, for those issues that are not related to terrorism, then at least we need to know so everyone is prepared.

The act to which Vaz refers is the aforementioned Terrorism Act 2000 which, in addition to being a good name for a band, allows British authorities broad stop, search and seizure powers in cases of suspected terrorism. Section 1 is fairly specific in limiting the definition of “terrorism” to acts involving violence, along with attempts to “disrupt an electronic system.” Miranda’s role as a sort of journalistic assistant—and likely courier—for Greenwald doesn’t seem to fall under that rubric, which Vaz points out with the phrase “those issues that are not related to terrorism.”

It’s good to establish that right off the bat.*

Vaz’s whole rhetorical strategy rests on the presumption that you writing critical things about the government’s efforts to fight terrorism is not itself terrorism. If you disagree with him, you should probably stop reading right now, because I wholeheartedly accept that premise. People who criticize the government are not the government’s enemies; they are among government’s most valuable friends. We should be nice to our friends’ boyfriends.

Vaz establishes his most important point in an appositive, which normally I would indict as a dick move but in this case seems A) ethically incontrovertible and B) rhetorically necessary. Having buried his condemnation, he is free to end with the anticlimactic request that if we are going to use the Terrorism Act on people who are not terrorists, “then at least we need to know so everyone is prepared.”

It’s very British. What everyone should be prepared for, presumably, is a government that abandons legal protections of probable cause and habeus corpus, or whatever it is British people have instead of those things. Let us know if we should prepare for a police state, you guys. Here Vaz employs a rhetorical device called litotes, more commonly known as understatement.

Litotes is often presented as the opposite of hyperbole, which is misleading because the two devices serve similar functions. Hyperbole emphasizes how much of something there is by exaggerating, e.g. “I canceled my Christmas party because a ton of dead birds fell out of the chimney.” Rather than exaggerate to make its point, litotes understates a quantity or effect, but this understatement also encourages the reader to consider the magnitude of what’s being discussed.

In saying that British officials should let people know if they intends to use their anti-terrorism powers to detain journalists who embarrass the government so that “everyone is prepared,” Vaz invites the reader to consider just what she might prepare for. If Miranda is a terrorist for carrying computer files that his boyfriend might use to report on what Edward Snowden says, what difference is there between “terrorist” and “person the government wishes would go away?” Vaz’s litotes implies that we should be prepared for “terrorism” to become an empty pretext for detention without legal cause, since that’s what the British government made it in this case.

It’s subtle and neat, in my opinion. Whether you share my assessment, of course, depends on whether you agree with Vaz’s foundational claim buried in the appositive: that what Miranda does for Greenwald is not terrorism. It helps if you don’t think what Edward Snowden does is terrorism, either. But maybe terrorism is so virulent that it transfers along the chain, and carrying files for the reporter who publicized the leaks of the guy who told us what the government is secretly doing about terrorism is terrorism, too.