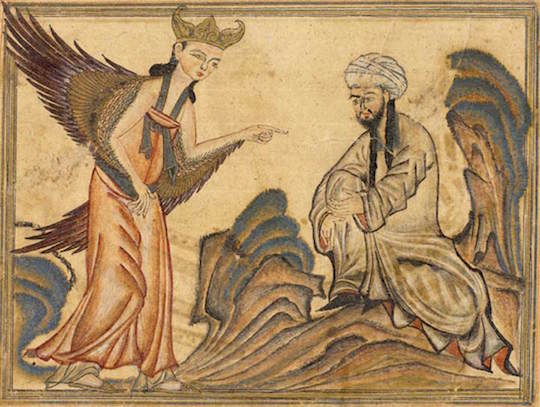 In an interview with the German magazine Stern1 last week, Charlie Hebdo editor-in-chief Laurent Sourisseau said his paper would no longer publish cartoons of the prophet Muhammad. You may remember Charlie Hebdo from January, when two Islamic militants attacked its Paris offices and killed 12 people. The paper has received an outpouring of support since then, including the sympathetic Je Suis Charlie movement and dramatically increased circulation. Also, its surviving staffers live under police protection, and pretty much every issue since the shootings has been an object of scrutiny. You can only make so many bold declarations of Enlightenment values against religious tyranny before you’re just exhausted. Over at Politico, though, Michael Moynihan argues that the terrorists won. He is probably right.

Islam forbids making images of Muhammad. It also forbids killing people, but certain groups consider that rule less important. The obvious ethical bankruptcy of their system makes defying them seem like the only acceptable option. “Don’t draw Muhammad or I’ll murder you, because I’m so good” is a statement that demands noncompliance.

Except drawing cartoons of Muhammad is not very important to the western system. We’re more concerned with making smartphones and high-definition pornography, plus guarding ourselves against the aforementioned very good Muslims. Probably we wouldn’t have to worry about that last one if our interests in the first two did not consistently lead us to muck around in their affairs, but that’s beside the point. The point is that visual depictions of Muhammad are at most an ancillary element of western living, whereas they are very significant to fundamentalist Islam. The decent thing is therefore to knock it off.

This reasoning becomes problematic, however, in the context of a bunch of murders. “Don’t draw Muhammad or we’ll kill you” yields not drawing Muhammad pretty easily. But “we killed you because you drew Muhammad” is, to the western mind, a reason for more cartoons, more free speech. Other people’s beliefs should be respected, but tyranny must be defied. This phenomenon explains why Sourisseau’s decision is disappointing, even as it is obviously wise.

Both Charlie Hebdo and al-Qaeda are wrong on this one. But the degree to which al-Qaeda is wrong dwarfs anything Charlie Hebdo did. By no metric is hearing that other people made fun of your religion as hurtful as getting shot. The act of drawing a mean cartoon and the act of killing a dozen people are only commensurate if you have a megalomaniacal sense of the validity of your beliefs, and of your own importance as an enforcer of them. That is the kind of pomposity that a satirical newspaper should provoke.

But in this case, please, stop provoking murderous foreign hillbillies. Yes, their belief that acts of expression justify violence is atavistic and dumb. But the mechanical insistence on expression for its own sake—expression whose sole purpose is to enrage the atavists—is dumb, too.

Does that mean the terrorists won? Yeah, I guess so, in this case. But they were the ones who insisted we play free expression vs. violence in the first place. The western world abandoned that game a long time ago.

Nobody is suggesting we let al-Qaeda shut down The New York Times. Aside from certain people whose smug rectitude has warped their sense of proportion, nobody is even suggesting we let al-Qaeda shut down Charlie Hebdo. The threat that Islamist violence poses to the western tradition of free expression is almost as small as the threat French cartoons pose to Islam. We’re winning. We know it because we have no problem acceding to this one petty demand.

In a just world, scam preachers from Yemen would not influence editorial policy at even one French newspaper. But ours is not a just world, and the injustice is overwhelmingly on our side. Western materialism has beaten fundamentalist Islam. It’s not even a question, at this point. We have satirical newspapers, the Washington Post, the PEN Awards, dissenting novelists, the internet, intercontinental ballistic missiles, Israel, pornography, and Future. All they have is church. We stoop to insult them.