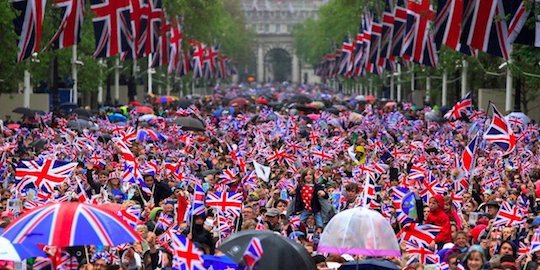 The morning after Britons voted to leave the European Union, Matthew Yglesias posted a piece to Vox headlined Brexit: British people probably should have Googled this stuff before voting. It reported that as polls closed and Leave’s narrow victory became apparent, Google searches such as “what happens if we leave the EU?” increased more than 250 percent. After Brexit results were announced, “what is the EU?” became the second-most searched question on the subject.

The cynical explanation was too good to resist. Yglesias took this Googling of Brexit-related information as proof the Leave vote was motivated by ignorance, citing it as a reason to leave policy decisions to representatives and not the people themselves. Over at The Washington Post, Brian Fung ran a similar take on the same numbers headlined The British are frantically Googling what the EU is, hours after voting to leave it. Both of these stories offer an irresistible narrative: that voters made this evidently bad decision without understanding what they were doing. But there are two problems with that story:

If a majority of voters take a position so unappealing the press must attribute it to ignorance, then the press has failed. Leaving the EU definitely seems like a bad idea. It has already proven so, if your evaluation of events closely follows the pound. Virtually the whole liberal press opposed Brexit and has reported this weekend’s vote as a catastrophe, yet they were unable to convey that idea to 52% of British voters. Now the press smirkingly blames its failure to persuade people on its failure to inform.

To be clear, a substantial portion of the Leave vote seems to have been motivated by racist stupidity. Too many Britons were afraid that refugees admitted to Germany1 would use their EU visas to come to the United Kingdom. That’s ignorant. But ignorant racism is on the rise in Britain and the United States because more people are broke. Even as free trade and robust financial markets improve the whole economy for everyone, the people find houses more expensive and their wages flat. They want answers. They want an ideology to believe in, since their old ones no longer apply.

These people are liberalism’s target audience, and yet they turn to demagogues like Nigel Farage and Donald Trump instead. Maybe they would be more open to the arguments of the Washington Post and Vox—where Yglesias subjects direct democracy to the rigors of his prep-school and Harvard educations—if those publications didn’t call them stupid. Leave voters may not have understood what leaving the EU meant, but they knew what it signified. “If you’ve got money, you vote in,” a Manchester woman told The Guardian. “If you haven’t got money, you vote out.”

If that principle holds true, liberalism is in trouble, because it’s producing more people who haven’t got money than people who have. Politicians and reporters who support free trade, open borders, and an inclusive society need to find some way to convince people without money that those are good ideas. The press should be trying to speak to those voters who disagreed so profoundly with experts and reporters on Brexit that it was like they weren’t listening at all. If liberal democracy is going to keep working, that’s who it needs to convince.