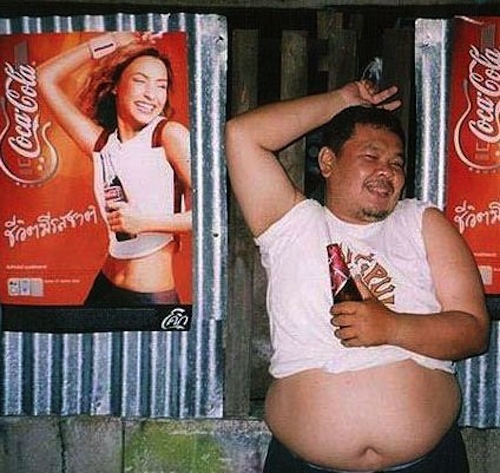 Judge Milton A. Tingling, if that is his real name, has invalidated New York City Mayor Michael Bloomberg’s ban on large, sugary beverages, calling the law “arbitrary and capricious.” Capricious, yes: milkshakes were exempted; 20-ounce coffees maybe became illegal once you put sugar in them; 7-11 didn’t count because it’s a grocery store, while bodegas did. But arbitrary? Approximately one million studies have linked soft drink consumption to obesity, diabetes and a raft of other health problems afflicting Americans in increasing numbers. Sugary drinks are bad for you. We just can’t go making laws about them.

Let me preface this discussion by saying that I believe virtually everything should be legal. My understanding of American jurisprudence is grounded in the time-honored legal principle of ne quid faciat mihi, or don’t tell me what to do. Cigarettes are gross and will gradually turn you into the Crypt Keeper, but still we let adults and most teenagers smoke on the understanding that we get to judge them. In this way, an informed society polices itself.

We take a similar approach to alcohol. Few people would argue that drinking six Cokes on Friday night is worse for you than six whiskeys, but there is no Bloomberg liquor ban. We have yet to draft a law against watching hours of reality television each day, or wearing Crocs everywhere, or any number of other behaviors that are corrosive to society in the aggregate or at least unpleasant to look at. This is America, and that’s just not how we do.

That said, there is no federal reality television subsidy. There are not cigarette machines in just about every school and workplace in the country. When you order a cheeseburger at McDonald’s, you do not get to choose between six different 20-ounce glasses of liquor or a slightly more expensive bottle of water. And while drinking six whiskeys at once is worse for you than six Cokes, drinking one Coke every day may indeed be worse than one whiskey.

For reasons too complex to summarize or maybe even know, we have made sugary drinks a ubiquitous aspect of our daily lives. What makes soda such a problem is precisely that it is not so bad for you; rather, it is pernicious. You can have one at work and one when you’re watching TV at night and suffer no ill effects, right up until you realize you’ve gained 30 pounds and have diabetes. In very broad terms, that is essentially what happened to the United States over the last four decades.

That pernicious quality is also what makes sugary drinks a bad object of legislation. Structural flaws of the Bloomberg ban aside, it’s exactly the kind of law that people chafe against. The damaging aspects of soda are subtle, whereas a prohibition from the mayor is about as ham-handed as you can get. In a situation where the protective benefits to individuals are hard to detect, Bloomberg drafted a policy whose infringement on liberty was glaringly obvious.

It’s worth thinking about why the NYC soda ban failed, because sugar—in drinks, in cereal, in storebought bread, on fries, everywhere—may be the tobacco of our generation. There was a time when doctors smoked, when bus drivers smoked while they drove, when people smoked in elevators. That public health screwup was corrected gradually, by chipping away at people’s liberty in restaurants and at work, ordinance by ordinance. The net infringement on the rights of the individual was probably just as great as in Bloomberg’s soda ban, but it didn’t happen all at once. Like lung cancer or type II diabetes, it was a gradual progression.

Sugary drinks are a cultural problem, and you can’t solve cultural problems with bans. I admire Bloomberg’s effort to address what appears to be a crisis in public health, but I cannot endorse his methods. Sooner or later, we are going to need to figure out what to do about everyone drinking soda until their insulin systems shut down. The solution is not going to be as easy as passing a law.