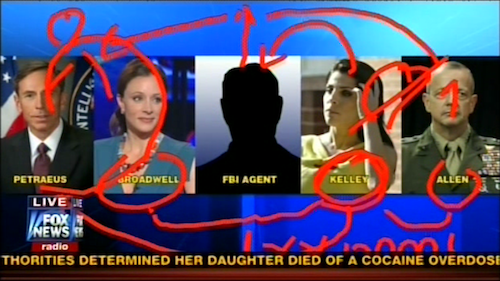 If you are the director of the CIA, you probably should. It is not illegal to have an affair—although military law prohibits adultery, and it seems likely that Petraeus and Broadwell did that when Petraeus was in Afghanistan—but among spies, it is considered poor form to get caught. Having a mistress who can run a six-minute mile in the mountains makes you A) tired and B) vulnerable to blackmail—particularly blackmail of the kind that evil foreign intelligence agencies like to pursue for information.

You can’t have a bunch of vulnerable personalities in the intelligence and diplomatic communities. Also, it does not inspire confidence when the head of the Central Intelligence Agency cannot cheat on his wife without CNN finding out. So I understand the argument that the Petraeus Affair Affair reflects poorly on the man’s ability to do his job.

I do not fully buy it, however. Petraeus was never under investigation for having an affair; the FBI found out about it in the course of examining Jill Kelley’s emails, which led them to Broadwell’s emails, which led them to him. It’s like in the Big Lebowski, when his car gets stolen and one of the cops notices his marijuana pipe. In solving the Case of the Mean Emails to a Popular Lady, the FBI managed to bring down the head of the CIA.

First of all, I bet they love that. Second, it appears they are the only ones, as pretty much everybody in the White House and intelligence community has expressed their disappointment that D-Pet stepped down. From any broad perspective, I have to agree. Considering that he has a list of people he is supposed to murder on behalf of the president, I don’t really care that the sexagenarian head of the CIA slept with a 40 year-old triathlete. He also carpet-bombed a nation of 30 million people, for example. We’re not talking about the choir director at your church.

And yet the Petraeus Affair Affair has claimed at least one and possibly more public service careers. We’re not yet certain who will replace Petraeus, but I suspect one of his major qualifications will be only having sex with his wife. That may be orthogonal to our objectives in having a CIA, but it will at least fulfill our other societal purpose of pretending America is a nation of faithful monogamists.

It’s not. General Petraeus is a card-carrying member of the generation that brought our national divorce rate near 50%, and he is certainly not the only respected figure to get caught violating his marriage this year. It’s almost as if people—especially very powerful people—often cheat on their romantic partners. It’s almost like it’s an aspect of the human condition.

I’m not certain about that, though. The only aspect of the HC I’m totally sure exists is hypocrisy, and so far we have managed to keep thinking of ourselves as a society committed to the absolute sanctity of marriage—between a man and a woman, natch—even as we continue to finger one another and use boobs to sell web hosting. Sure, it cost us a CIA director and four-star general to do it, but it’s not like we had to sacrifice something really important.