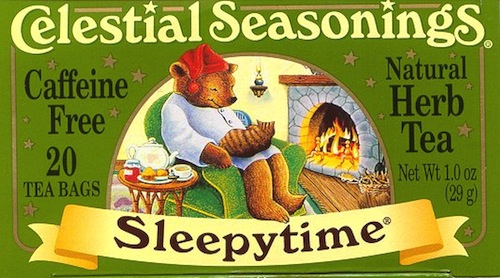 As I write this I am enjoying a cup of Celestial Seasonings antioxidant green tea, possibly to the detriment of my health. Last night I ran across this article on Facebook, warning me that 90% of Celestial Seasonings teas tested showed unacceptably high levels of pesticides. You will notice that the article is on a site called Honey Colony, “where the hive decides what’s healthy.” I would rather doctors and scientists decide what’s healthy—precisely, it turns out, to avoid such problems of bias as presented by Glaucus Research, the investment group that authored the study and also happens to have shorted Celestial Seasonings stock.

To short a stock is essentially to bet that it will go down. An investment company contracts to sell a certain number of shares in, say, Hain Celestial at its present price, but on a later date. If the price of Hain shares drops between now and then, the short seller makes a profit.

In theory, short selling is a useful market corrective. One makes money as a short seller by identifying companies that are trading above their actual value, and so short selling encourages the market to reflect real earnings potentials. Unfortunately, it can also encourage investors to manipulate stock prices by, for example, commissioning and publicizing damning studies of the companies they have shorted.

Notice that this story about pesticides in Celestial Seasonings tea is all over the internet, but only on blogs and community sites that rely on user-generated content. One of those sites is Seeking Alpha, which collects investment advice. A quick look at Glaucus Research’s author profile on Seeking Alpha reveals a series of exposés similar to the one they wrote about Hain Celestial, all of them criticizing companies Glaucus has shorted.

Given the nature of their business, these investigations might be accurate and unbiased. Glaucus makes money by identifying overvalued companies, so it makes sense that all of their investment advice would be negative. At the same time, the act of disseminating that advice also makes it more likely to come true.

Presumably, Glaucus wants as many other investors as possible to know that it’s shorting Hain, because then present stockholders will sell, and Hain’s price will go down. This mechanism is complicated, however, when Glaucus originated the study on which its position is based. It starts to look like Glaucus took a short position and then looked for research, rather than the other way around. In either case, Glaucus profits from the publication of negative information about Hain—information that Glaucus itself produced.

That’s fine if you’re an investor, but it presents the tea-drinker with a thorny problem. Am I to believe this frightening study about my favorite tea, even when I know that its authors will profit monetarily from its findings? Maybe the results are misleading, or maybe these pesticides aren’t really so bad for me. For that matter, maybe the so-called antioxidants in my tea aren’t really good for me either, and the studies that say otherwise are just a work by Big Tea. What I have here, in addition to a cold cup of tea, is an epistemological problem.

Perhaps I am naive, but I submit that this problem is unique to the internet age. Back before a billion people logged on to Facebook each morning to read about pesticides and Kanye, you couldn’t manipulate the market with a scientific study. The discovery of contaminants in a certain brand of tea would appear in the New England Journal of Medicine or Steep or whatever, and it would not be read by thousands of investors. I would get my science from scientists and my finance from financiers, and there would be little incentive to blur the lines between the two.

Our brave new internet, however, has given the world a multibillion-person rumor mill. Now that large numbers of consumers can read and partially understand any given scientific study, the enterprise of science—and journalism, and biography, and any number of other fact-oriented fields—is more vulnerable to market forces. The internet makes disinformation more profitable. You still only have to come up with one lie, but now you can disseminate it to millions.

The corollary is that we millions are lied to more efficiently than ever before. I have no idea if there are pesticides in my tea, because I cannot really do science. It turns out that I can track citations and think critically, but those skills are not so valuable as my English professors led me to believe. The news this morning is that some tea is poisonous, or some investors are deceitful, or both. Only a few people know for sure, and they all make money off the answer.