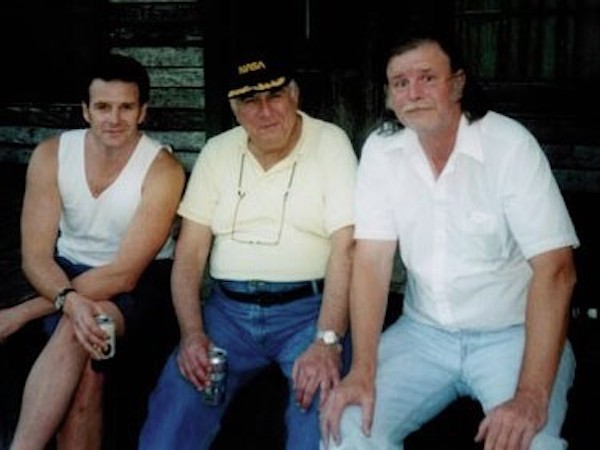 Remember how we said we were going to read Less by Andrew Sean Greer? I downloaded it to the wrong Kindle,1 and then I was away from wifi—which any husk will tell you is the best time to read—and started a different book instead. I feel like I ditched you. I assume that millions of people are reading along with this intermittently recurring feature about what book I just finished, but I don’t know how to look at the numbers. I hope I haven’t “gone viral,” as the hackers say.

Anyway, I read How I Conquered Your Planet by John Swartzwelder. Swartwelder is best known as a writer on the first 15 seasons of The Simpsons; he is credited with 59 episodes, many during the golden age. How I Conquered is the sequel to The Time Machine Did It and the second novel in the Frank Burly series, about a stupid but durable detective. He’s essentially Homer Simpson without the family, which takes away his primary claim on the reader’s sympathy but also frees him up for weird adventures. In the first one, he’s a dumb detective who stumbles on a time machine. In How I Conquered Your Planet, he’s a dumb detective who finds a martian conspiracy.

These are idiot-succeeds stories. It’s a reliable device2 that lends itself to comic plots because it is necessarily event-driven. For the idiot to succeed, something has to happen. If we follow our instincts and make the idiot succeed to a position even further out of his depth, the stakes get higher. We’ve read several comic novels this year, and we’ve often found them lacking plot. They’ve either been picaresques that rely on pacing instead, or they’ve been episodic. The linear comedy narrative has proven an elusive beast, but it’s on fully display in How I Conquered Your Planet, which is event-driven even at the level of jokes.

Before we discuss this phenomenon—the way that a high percentage of the jokes in How I Conquered Your Planet abide in events—I want to note that as with any comedy, many if not most of them happen in dialogue. And they’re great! For example, here’s a scene in which Detective Burly is trying to hire a new secretary but instead gets Arthur Gremlin, the alien in disguise:

In fact, everyone in my waiting room was gone, except for one small gremliny-looking man, who I instantly recognized as Arthur Gremlin, the bookkeeper for Mr. Thorson down at the bus company. I said it was a small world and he said he thought so too.

That’s funny TV writer dialogue, right there. But what’s funnier—and seemingly more interesting to the author—is what happens next: Arthur Gremlin uses mind control to make Frank hire him, then misuses his work time/hypnotic powers to organize a Martian invasion of Earth, which Frank discovers when he finally becomes suspicious of his weird new secretary, leading to his kidnapping…and that’s a story.

We’re clearly in the realm of absurdism, here, and that means we’re not going to get the clockwork logic of a thriller. But the idiot-succeeds joke—which follows the pattern “something happens, so Frank responds inappropriately, but it works”—moves events forward one increment. That’s something a funny line of dialogue doesn’t do. How I Conquered Your Planet is chock full of funny events, not just funny dialogue, and Swartzwelder’s penchant for writing that kind of joke keeps things happening. He doesn’t just pause at a situation and hang jokes on it, because so many of his jokes change the situation.

This is a natural strength of all the Frank Burly novels. It’s also a flaw. How I Conquered Your Planet moves fast. It’s not boring to read, but neither is it filling. It’s like eating a bag of Doritos: satisfying in the moment and better the faster you do it, but in the end you do not feel nourished. The same one-thing-leads-to-another quality that keeps events moving forward also keeps them from taking on a deliberate shape, the way an Etch-a-Sketch can only produce a certain kind of drawing.

I could go on about complicating factors here, such as the problem of stakes for this rootless, friendless, clueless protagonist, but any discussion of those issues invariably comes down to what kind of novel this is. It’s a weird one. The main reason to read Swartzwelder’s self-published comic novels is that they differ from everything else that’s out there to the point of being instructional. They’re like a glimpse of a genre that never was—pulp comedy or something. I wouldn’t bring them to a desert island, but I would put them in a library.

I’m reading 50 books in 2018. How I Conquered Your Planet was number twelve. Next is Less by Andrew Sean Greer.