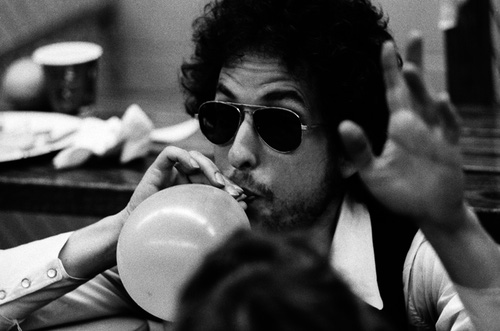 First of all, Bob Dylan and his fellow septuagenarians must stop saying “blacks.” “Black” is only okay as an adjective. For example, it’s okay to say that 1960s rock and roll was heavily influenced by black music, but you can’t say that it was heavily influenced by blacks, partly because none were allowed to participate but mostly because that’s racist. “We need to win the black vote” is a campaign strategy. “We need to get the blacks to vote for us” is a nefarious plan.

Second, I’m no doctor, but it is my understanding that black people cannot sense the jobs your ancestors had in the 19th century. The problem with this contention is magnified in the claim that “Jews can sense Nazi blood,” since Nazism was a political allegiance and not, you know, a genetic line. The supposed interchangeability of politics and blood was the whole problem with Nazis, and we can all agree that they were the worst people ever. It’s okay because they’re an ideology, not a race.

The mysteriously acronymic CRICCF is not complaining about Dylan’s command of science, though. They object to his use of parallelism, which seems to analogize slaveowners, Klansmen, Nazis and Croats. That’s a bummer. Granted, all four of those groups

presided over the slaughter of thousands of people based on their race. But slaveowner, Klansman and Nazi are all elective identities, whereas Croat is an ethnicity.* As a CRICCF spokesman puts it:

We have nothing against Rolling Stone magazine or Bob Dylan as a singer. [But] you cannot equate Croatian [war] criminals with all Croats.

What Dylan should have said, apparently, was “just like Jews can sense Nazi blood and the Serbs can sense the blood of Croatian war criminals.” That’s the kind of fine distinction that makes the difference between criminal racism and mere crazy bullshit.

Consider the similar case of jokes about how Germans committed genocide during World War II. That is generally taken as dark humor—in poor taste, maybe, but not racist to Germans. Partly that’s because Germans themselves have never been the victims of violent racism, at least not since imperial Rome. But also it’s because they did it. Germans were baking gypsies and the disabled as recently as Bob Dylan’s second birthday, and we get to bring it up whenever we want because my grandpa got shot at trying to stop them.

Racism is wrong because it substitutes inherited prejudices for facts. Does it therefore follow that a factual statement cannot be racist? This line of inquiry is orthogonal to Dylan’s remarks, which seem not factual at all, but it seems relevant to the question of whether it’s okay to bring up ethnic cleansing in the former Yugoslavia. Most Serbs and Croats were not involved in that. But what else do you think of when you hear the phrase “Serbia and Croatia?”

That association is probably racist. On the other hand, “Paraguay and Uruguay” does not conjure up the memory of raping death squads. It took me a long time to think of two countries that had not prosecuted genocides, by the way. I started with “the United States and Canada,” but then I was like oh right, Indians. It’s not considered racist to point out that the democratically-elected US government willfully concentrated and exterminated American Indians for the first century of its existence. That’s just history.

Maybe the difference between racist insinuation and acknowledgement of facts is time. The last Serb-Croat genocide happened in 1992. It’s as old as Nevermind instead of as old as your grandpa. It’s the complete opposite of how things usually work, but maybe what Bob Dylan said will get less racist as he gets older.