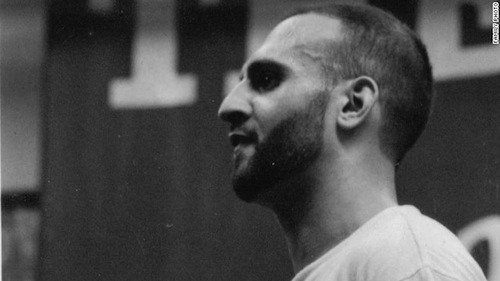 CNN has a fantastic article about Usman Raja, the former British MMA fighter and respected trainer whose Unity Project uses fight training to rehabilitate convicted terrorists. You read that right: Raja’s plan is to make terrorists better at hand-to-hand combat. Anyone who came back for two day two of muay thai class knows how it feels to start learning a practical fighting system. It feels bad. The sensation of being a tough guy who can’t get the hang of a check-and-counter drill—or of being a talented striker who’s getting guillotined over and over the first month of jiu jitsu—is immensely humbling. That seems to be the operating principle of Raja’s approach. “Any idea you’ve got of yourself will be challenged as soon as you come in here,” he told CNN. “Once that idea of yourself is challenged and that opening happens we are able to go in and start dismantling that perception.”

We don’t talk about fighting much around here, partly because I talk about it way too much everywhere else. Raja’s notion of the false perception of self—and the idea of the international terrorist as a sort of large-scale bully—is relevant to our broad, amorphous project, though. It is unfalsifiable but perhaps safe to say that contemporary culture is one of self-regard. The badass motif unifies movies and personal fashion and foreign policy alike; in less charitable moments, it is easy to think of America as the place where almost everyone has nominated himself as a uniquely tough and indomitable human being.

Fighting refutes that notion. Certainly, some people see their absurdly grand notions of self confirmed through fighting, but they are by definition very few. The whole point of competitive fighting is that it brooks only one winner, and that winner typically goes on to lose. The pro fighters we fans regard as borderline jokes—the Patrick Cotes and Tim Sylvias, if you will—would beat the living stuff out of 99% of the heavily-trained fighter population. Those of us who drifted around on the bottom, in the three-nights-a-week fighting population, are forced to confront the fact that we kind of suck. We are easily broken, psychologically and physically. The best part of this machine discipline is that subjecting yourself to it feels really, really good.

So kudos to Usman Raja. In a world where people can self-nominate as supreme warriors, strap explosives to their backs and never have to find out, he is a force for truth. The truth is wonderful even when it is cruel, and it does not always come to us in words.