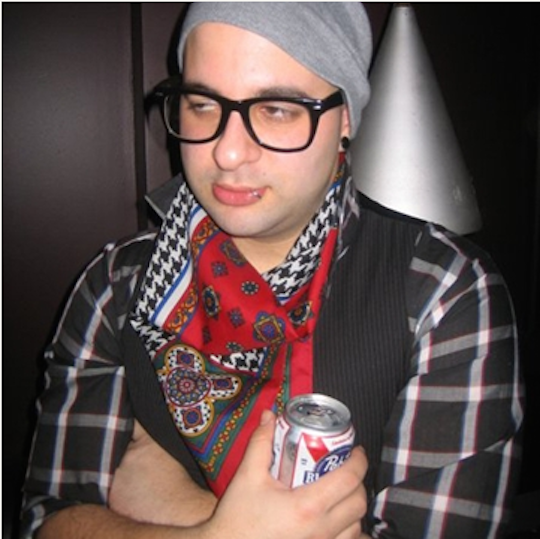 The nonprofit Educational Testing Service has released the results of its 2012 Program for the International Assessment of Adult Competencies among millennials, and the United States appears to be in trouble. American millennials ranked dead last in numeracy, behind Poland and the Slovak Republic in literacy, and second-to-last in “problem solving in technology-rich environments.” That third category finally gives the lie to “at least they know how to use computers.” It appears that American millennials don’t know how to do much of anything, despite achieving higher overall levels of education than any generation in history. Wrestling with declinism after the jump.

It’s always tempting to believe that people are getting dumber generally, which is a good reason never to think that way. But the ETS report is chock full of dire quantitative information about Americans aged 16 to 34. Nearly two thirds of that group performed below competency level in numeracy, and half fell below the minimum standard for literacy. The only OECD nation whose millennials fared worse was Italy.1

That seems like concrete evidence that the new generation of American adults is dumber than what came before. That premise, if we accept it, becomes more alarming next to the fact that more millennials have gone to college than the members of any previous generation. How can they be simultaneously better-educated than everybody else and more dumb?

The obvious explanation is that they aren’t better educated; they are more educated. Maybe ballooning class sizes, grade inflation and the opportunity to major in American Studies has allowed millennials to, in the words of ETS, “pass through high school and college without acquiring adequate skills.” On this test, American college graduates performed worse than high school graduates in Japan and Finland. The rough-and-ready conclusion is that our universities are not educating students properly.

If that is the case, these results are a judgment on older generations of Americans. Our young people may be dumber than the young people of most other functioning countries, but they didn’t award college degrees to themselves. If they have passed through years of education without learning anything, it’s teachers’ and parents’ fault. We may be seeing the fruits of three decades of calling education important while we spend less money on it and lower our standards.

That’s the declinist perspective: we told kids they were smart and gave them B-minuses no matter how poorly they did in school, and now they are dumb adults. Soon, they will take their widespread inability to understand words and numbers into the political arena. We can all try to run the United States in cooperation with people who cannot follow logical arguments or math.

Or we can consider that millennials are dumb, but they are still smarter than most of the generations we’ve had to work with throughout US history. Sure, they are comparatively dumber than people their age in 20 other countries, but when did America ever enjoy 50% numeracy or a widespread educational advantage?

At the risk of sounding like the bad Friedrich Nietzsche, the nation’s fortunes were ever built by an exceptional minority. We don’t necessarily need the smartest common person; we need the smartest smart people. Perhaps the 64% of millennials who haven’t mastered numeracy are less important to the future than the 36% who have.

Still, an average can be a useful metric, and our rising generation is dumber on average than just about anybody else’s. Even if we resist declinism—and I think we should—we ought to acknowledge that something has gone wrong. America should not go on telling itself that we are smart when we have raised quantitatively dumber kids than almost any other developed nation. We should not tell ourselves that we are great when we stupefied a whole generation by telling them the same thing.

I believe America is exceptional, but exceptionalism does not derive from the brand. Americans made America great, and we have the power to make it suck, too. It’s hard to look at the results of this test and say that we haven’t, if only in small ways. I don’t want to live among the stupidest people in the world. I don’t want to agree with them that we are the smartest.