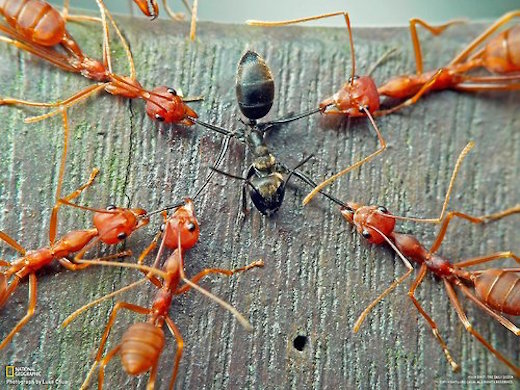 President Obama meets with members of the House of Representatives

Over at Time magazine—which may just be a website now—Michael Scherer notes how far we’ve come since 2004, when a young firebrand named Barack Obama declared that “there’s not a liberal and a conservative America; there’s a United States of America.” Props to The Cure for the link. Shortly after that speech, we re-elected George W. Bush, hated him, and gave control of Congress to the Democrats in 2006. Then we elected Obama, hated him, and gave the House to Republicans in 2010. Now we appear to be on the eve of repeating that process with the Senate.

It’s interesting that voters seem so willing to give the other party a try, considering how much we dislike both of them. Scherer reports two depressing poll results:

A week away, one poll showed just 29% of voters held a positive view of the GOP; only 36% could say the same about Democrats. Enthusiasm for voting, as measured by Gallup, dropped to 2002 levels.

Good news for Democrats: you’re totally beating those bastard Republicans among the third of voters who still believe either party is any good. Meanwhile, Americans’ approval of Congress hovers around 14%. The House has been Republican for the last four years, with a narrow Democratic majority in the Senate. Having detested this arrangement at the highest reported levels since 1978, we’re just about ready to alter it hardly at all.

What other choice do we have? At a moment when most of us believe the country is headed in the wrong direction, pretty much every race in the land is a choice between the two parties most of us dislike. The disapproval rating of both Democrats and Republicans would constitute a landslide for almost any candidate. Yet almost every candidate is party-loyal and committed to stopping the other side.

What we are looking at here is an oligopoly. We’d never stand for an airline industry in which two carriers combined for a 98% market share or broadcast television with only two channels. That’s why we have antitrust laws. Yet somehow this system suits us just fine for the running of the country—by which I mean it suits us not at all, but we seem unwilling to do anything about it.

Maybe our present cocktail of dysfunction and apathy is not the end of the post-partisan dream as Scherer suggests. Maybe we’re seeing the moment when hyper-partisanship collapses on itself. We could look at the last ten years of federal politics as Republicans and Democrats struggling to thwart each other’s agendas. Or we could see it as the two parties cooperating to ruin their own brands.

What is the defining issue of the 2014 campaign? To hear Republican ads tell it, it’s the failures of President Obama and the Democrats who voted with him some audacious percentage of the time. On the Democratic side, the issue is…um…the importance of the 2014 election. Thanks to what Scherer calls “message control,” the rhetoric of both parties has become both meta-governmental1 and relentlessly negative.

From the inside, I bet that looks like a contest between two juggernauts. To the voter more concerned with the fortunes of the United States than of either party, however, it looks like an exhaustive argument against every known candidate. The proof is in our dismal assessment of Republicans and Democrats, and our low enthusiasm for both after the most expensive campaign season in American history.

Perhaps we will look back on the last decade as the period when the two-party system immolated itself. Their messaging has become so negative and so outwardly focused that they fail to realize they both look like assholes. “Do not answer a fool according to his folly,” Proverbs 26:4 instructs, “or you will also be like him.” Mark Twain updated this maxim a few thousand years later, saying, “Never argue with a fool; onlookers may not be able to tell the difference.”

It’s hard not to see the 2014 election as an argument between two fools. They keep insisting on their differences, and the onlookers of voting America keep lumping them together. Maybe both parties are right, and it’s a mistake to vote for either of them.