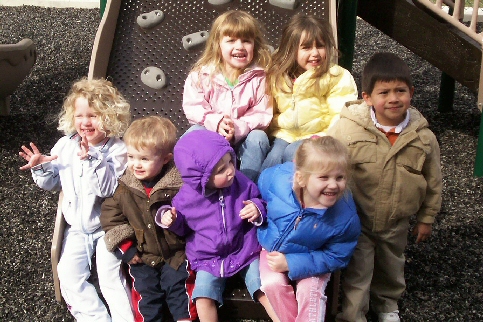 A bunch of assholes

I’m 32 years old, which means I’ve reached the age where many of my friends have either had children or admitted they have a cocaine problem. Of the two groups, both keep going to restaurants, but only one conducts its business with anything resembling discretion. This country has a child problem. It’s not the children themselves, who after all will ensure the continued existence of human civilization if we can avoid a nuclear war, and serve as a source of high-protein food if we can’t. It’s the parents. Like the lifelong smoker who thinks his jacket smells fine, they’ve spent so much time with their children that they regard the presence of a shrieking, silverware-drumming homunculus as the default human condition. It’s not. The default human condition is loneliness, as any 32 year-old man who works out of the one-bedroom apartment where he lives with his stereo can tell you. As such a man, I regard the presence of children in restaurants, coffee shops and airplanes not as some sort of force majeure, but as a force vous douchebags, and I believe you should take responsibility for it.

So does Southwest Airlines, albeit only kind of. Last month, they ejected a woman from a plane bound for San Jose because her two year-old son wouldn’t stop screaming. According to the flight crew, young Adam Root was screaming “Go plane, go!” and “I want to see Daddy!” so loudly that other passengers could not hear safety announcements. According to Pamela Root, Adam is a precious gift from heaven, whose tantrum surely would have stopped once the plane took off and it was, coincidentally, impossible to make them leave. Southwest has since apologized to the Roots and presented Pamela with a refund of her ticket, plus a $300 flight voucher, although Pamela still wants to be compensated for the portable crib and diapers she had to purchase during her and Adam’s extra night away from home.

Root’s argument—and Southwest apparently agrees—is that her child’s behavior on the airplane is somehow not her fault. I suppose that’s true, in the same sense that it’s not my fault that my dog tried to have sex with your wedding cake; one is forced to ask who drove him to the reception. Adam Root presumably did not buy his own ticket to San Jose, and for Pamela Root to give birth to him, fill him full of apple juice, bring him on an airplane and then say its not her fault he started screaming is like bringing your boom box to a funeral and saying you couldn’t help it that “Poker Face” came on. Pamela Root is responsible for the places that Adam Root ruins, because Adam Root can’t go anywhere on his own.

At this point in the argument—and I have had it often—most parents will say, “So, what, I should just stay home until my kid turns six?” It’s a rhetorical question, obviously, designed to expose the harshness of my position, which is why it gives me such pleasure to answer yes. You should totally stay home until your kid turns six, or get a babysitter, or confine your outings to Chuck E. Cheese until such time as your company does not include a person who loudly and compulsively announces his intention to poop. Is that unfair to young mothers? It would be, if I had impregnated them myself. But bumper stickers on I-80 notwithstanding, a child is a choice. Strangely, however, it seems to be a choice that, once made, erases all memory of what came before it.

Parents the world over will tell you that having a child re-centers your universe; you suddenly go from thinking of Me all the time to thinking of Us. People who assure me that I can only experience this miracle of selflessness by having a child of my own have obviously never dated a vegan, but that’s not my point.  My point is, now that you’re part of the new center of the universe is that is the Me–Us entity of you and your sticky child, how is it that you suddenly lose free will when the center of the universe gets to the coffee shop? If your identity is so fused with that of your precious mumkins that you can neither leave him at home for an hour nor resist your mutual urge to go get a latte, why are you suddenly two separate entities when he starts licking the display case? People who accept their child as a given no matter what environment they find themselves in should accept governing his behavior as a given, too. He’s a four year-old in Starbucks, not the emperor Caligula.

At this point, you have probably concluded that I am anti-children. It’s a popular misconception. In fact, I think children are great. I used to work with children; I enjoy having nonsensical conversations with children at lame parties, and I’m always happy to see them doing typical kid activities like playing baseball or making shoes. It’s their parents that make me sad. There’s nothing more depressing than watching a young couple dance with their six year-old instead of each other, or seeing them struggle through the doors of the movie theater with their child, a stroller, a stack of Golden Books and a Ziploc bag full of Cheerios on Saturday night. Try to remember, parents, that what you are doing is gross and unnatural. You may remember the time your wife disgorged a wailing animal from her vagina as the most romantic night of your life, and forgotten about the time you went up to the roof with a bottle of red and a bottle of Xanax, but some of us still have lives ahead of us. We still take responsibility for our company or our loneliness, and we would like to enjoy our single latte in peace.