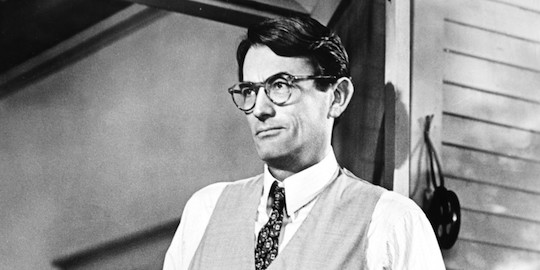 Gregory Peck as Atticus Finch in To Kill a Mockingbird

Yesterday, Harper Collins released Go Set a Watchman, the newly-discovered sequel to To Kill a Mockingbird. Set 20 years after the events of Harper Lee’s Pulitzer Prize-winning original, Go Set a Watchman finds Scout a grown woman, returning from New York to visit her father Atticus Finch, who has become an aging racist. I repeat: Atticus Finch is racist in the new book. That’s an unfortunate turn of events for people who named their children Atticus, as the New York Times reports. I should definitely feel bad for those literary-minded parents and their Atticuses, too, but schadenfreude persists.