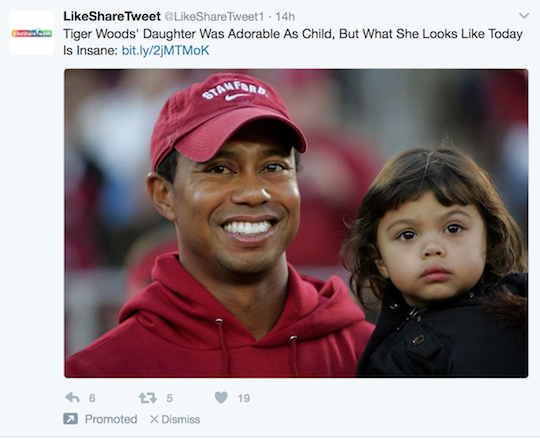 END_OF_DOCUMENT_TOKEN_TO_BE_REPLACED

Corpse eating crackers Brit Hume appeared on Fox News this Sunday to pass judgment on Tiger Woods’s extramarital affairs, opine that his children might never be able to love him, and demand that he change religions. I direct your props to Ben Fowkles for the link, and your attention to William Kristol at the :40 mark. You know you’re talking crazy when you discombobulate Bill Kristol—the man was chief of staff to Dan Quayle, for crissake. After offering the generous assessment, “It’s not clear to me that he’ll be able to have a relationship with his children,” Hume goes on to speculate that Woods’s professed Buddhism does not offer “the kind of forgiveness and redemption that is offered by the Christian faith.” Okay, but will it make me a sanctimonious asshole? Because that’s the last piece of my asshole puzzle.

Brit Hume is not completely oblivious to how he comes off on TV, and he’s aware that certain segments of the Fox News viewing audience—specifically the 40% that watches solely to capture video and criticize it on the internet—took exception to his remarks. That’s why he went on Bill O’Reilly to address the heart of the issue: the way that people in this society immediately freak out if you so much as mention that you’re a Christian. Behold:

For my money, the best part of this interview is when O’Reilly, after showing Brit Hume a videotape of himself saying that they only way Tiger Woods can ever recover is if accepts the love of Jesus Christ, asks, “Was that proselytizing?” and Brit Hume says no, he doesn’t think so. Does Brit Hume not know what that word means? After reiterating his suspicion that Tiger’s family doesn’t love him anymore, Hume opines that what made Woods so notable is not his skill as a golfer, but “the content of his character.” See, I don’t follow golf, so I thought that it was because he was the best player in the history of the sport, but actually it’s because he was such a good guy. But in fact, Hume points out, he wasn’t a good guy at all! In addition to seeing you when you’re golfing and knowing when you’re awake, it turns out that Britt Hume also knows if you’ve been bad or good, so convert for goodness’s sake.

Hume seems unaware that calling on a man to change religions after you’ve gone on national TV to speculate on the state of his marriage might be seen as a little presumptuous. Instead, he ascribes any indignation over his remarks to the taboo on mentions of Christian faith in our national dialogue. “It has always been a puzzling thing to me,” Hume says. “The Bible even speaks of it. You speak the name of Jesus Christ, and I don’t mean to make a pun here, but all hell breaks loose.” I think we can all agree that the worst thing a public figure can do in this country is speak the name of Jesus Christ. That’s why the religious faiths of both candidates for President in 2008 remain unknown, and why evangelical Christians wield absolutely no power in American politics. In a country where 83% of the population identifies as Christian, mentioning Jesus is just too risky.

If a mode of rhetoric has defined American culture since 1967, presenting the majority position as if it were a rebellious minority is it. Consider the quote-unquote rogue who is America’s second-most admired woman, or the vast, decrepit sales team that calls itself rock ‘n roll. Americans like to think of themselves as bold nonconformists, especially when they’re safely in the majority. It’s no surprise, then, that Christians in a position of power should trot out this argument when they need to excuse crass behavior. What is surprising is that people still buy into it. A marketing strategy that has come to be derided as a means of selling Mountain Dew or Jeeps still works as a means of selling bad behavior—maybe because 83% of the country has a vested interest in believing it’s true. Thank goodness for the internet, which gives us access to the Cypress Times outside of Houston, and their response to the flap: “Mr. Hume may have been speaking metaphorically, but his words were literal and they were the perfect explanation as to why he is now being vilified.” I’m not sure what the actual words in that sentence could possibly mean—although, being words, they are probably literal—but the implication is that the country is somehow persecuting its Christian majority.

I say a majority cannot be persecuted. Like those frat boys in Borat who lament the inordinate advantages enjoyed by black people and homosexuals, people who claim majority-group persecution are usually trying to cover up personal failings. In the case of Britt Hume, he didn’t fail by saying the J-word on national television; he failed by being a dick. He treated another man’s vulnerability as an opportunity to take charge of his soul. Personally, I’m an atheist. If I saw a man crying in the bar because he lost his job, and I went over there and said that the thing he needs to do to get his life in order again is to abandon his misguided belief in the existence of gods, I would rightly be regarded as the biggest asshole who ever lived. We don’t do that kind of thing here. This is America, where we shut up about religion—not because we’re embarrassed or because people persecute us or because we’re not sure about it, but because it’s decent. 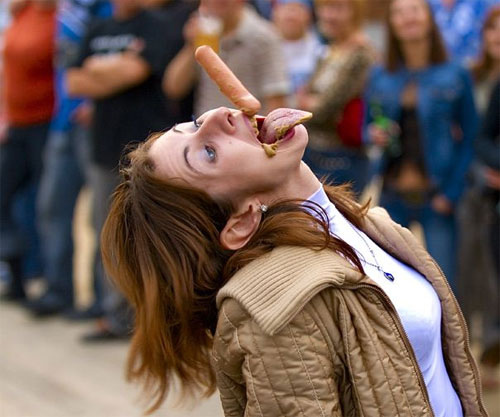 It’s Friday, and that means it’s time to look back in evaluation of the week that is about to finish having been. If you’re like me, you’ve been paying extra-special attention to being good lately, in the hopes of getting that Barnes & Noble knock-off Kindle that costs as much as a regular Kindle for Christmas. The problem with being good, though, is that it’s awfully hard for other people to notice. So much of being good is about not doing stuff, especially stuff—stealing, looking at boobs, I think farting—when no one is around to see you anyway. The problem with personal morality is that it’s so personal. If only there were some way that I could make a public spectacle of my goodness, so that all the world would be forced to acknowledge what a moral/books-equivalent-of-a-Zune-deserving person I am. Oh, well. I guess I’d better just resign myself to reading books printed on wood pul—wait a minute! What if I looked to the morality of others? If I were some kind of self-appointed superintendent of other people’s goodness, I could not only make a spectacle of my own righteousness, but also relieve myself of the burden of scrutiny of my own actions. It’ll be like having a maid to clean my kitchen for me, while I accuse her of adultery. Or something. Whatever it is, it’s going to be awesome, at least for me. I guess for everybody else it will be kind of irritating, but what are they going to do? Turn my own righteous indignation against me? That’ll be the day. I just hope nobody has thought of this alrea—oh, dammit. It turns out the totality of world culture beat me to it. I guess I’ll just go back to documenting their craven attempts to aggrandize themselves by pointing out the foibles of oth—HELLO! We’re back in business.