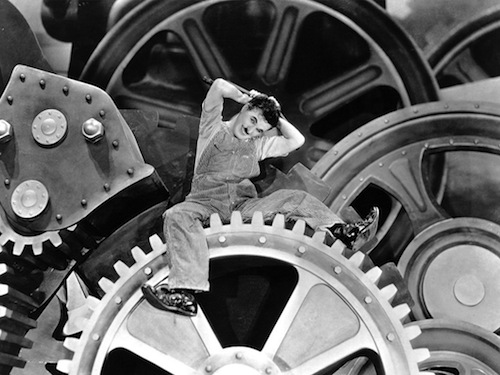 When does modernity begin? Is it with the emergence of nation-states in Europe, as my high school social studies teacher insisted? Perhaps modernity arrived with the industrial revolution, when broad changes in the nature of work altered the day-to-day texture of millions of lives. Or maybe modernity started with the internet and the retrospective knowledge that to give everyone a global voice means dramatically reducing, in your perception at least, the importance of your own. Personally, I think modernity started when a law firm realized it could make more money suing people who downloaded free pornography it uploaded to the internet than by making actual pornography. Today is Friday, and modernity begins when society concludes that its work is done. Won’t you knock off early with me?

END_OF_DOCUMENT_TOKEN_TO_BE_REPLACED

Harrison High School—who wouldn’t want to go there five days a week as required by law?

Last week, police arrested a 14 year-old student for bringing two handguns and 47 rounds of ammunition to Harrison High School in Montana. According to another student, the boy said he did so for political reasons; he wanted to prove that you didn’t need an assault rifle to shoot up a school. Later, in a detail that reminds you the person in question is 14 years old, prosecutors said that he decided to run away to the mountains and use the guns to hunt food. You actually do kind of need a rifle for that.