The Mitch McConnell campaign—which refers to itself by the parody-proof name “Team Mitch”—posted this video on YouTube last week. As you may have noticed, it contains no diegetic sound. There’s a weirdly contemporary electropop soundtrack, but at no point to do events in the video sync up with a particular element of the soundtrack or even narrative. It’s just footage of McConnell signing papers, turning alarmingly to the camera, shaking hands with a man in a tam and goatee whose vote cancels out yours, et cetera. You can dub whatever sound you want over this video, which, as The Daily Show has pointed out, makes it hilarious. It also makes it a free source of McConnell footage for whatever 501(c)4 organizations might want to produce ads to support him—but not coordinate with his campaign, since that is forbidden by law.

END_OF_DOCUMENT_TOKEN_TO_BE_REPLACED

We’re in the city!

“Everything that exists without my knowledge,” remarks Judge Holden near the end of Blood Meridian, “exists without my permission.” A whole bunch of stuff that we don’t know about it happening out there, and the more we learn about it, the more we extend our authority. Another way to put that is “the more we extend our responsibility,” and sometimes—as in the photo above—innocence is only possible through ignorance. That doesn’t work once you introduce a third party, of course. Once you know about someone else’s ignorance, their innocence evaporates—but then you’re offering their behavior a Holdeneque permission. It’s a damn thicket, is what it is. Today is Friday, and the internet has made it harder to remain ignorant than ever before. Won’t you expand the scope of your indulgence with me?

END_OF_DOCUMENT_TOKEN_TO_BE_REPLACED 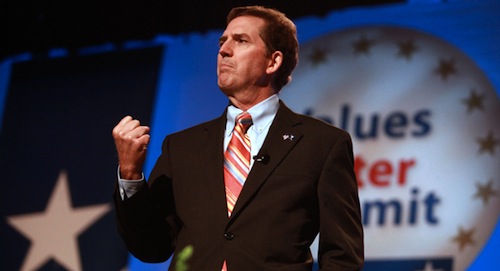 END_OF_DOCUMENT_TOKEN_TO_BE_REPLACED

Shortly after House Republican leader/medium-market weatherman John Boehner signaled his willingness to consider an extension of the Bush tax cuts that excludes the wealthiest 2% of Americans, Senate Minority Leader Mitch McConnell has said he’ll block any such package. Speaking on the floor Monday, he opined that “only in Washington could someone propose a tax hike as an antidote to a recession.” Like much of what the senator from Kentucky says, that statement is technically honest. Under current law, the Bush tax cuts will expire in 2010. Letting them lapse—either by not voting to extend them, voting to extend them for everyone but households making over $250,000 a year or, say, filibustering the vote to extend them—would therefore constitute a tax hike, in that some or all taxes would become higher than they are now. Of course, by that reasoning, McConnell is proposing a tax hike as an antidote to the possibility that his party might compromise with a Democratic President. Only in Washington, indeed.

END_OF_DOCUMENT_TOKEN_TO_BE_REPLACED 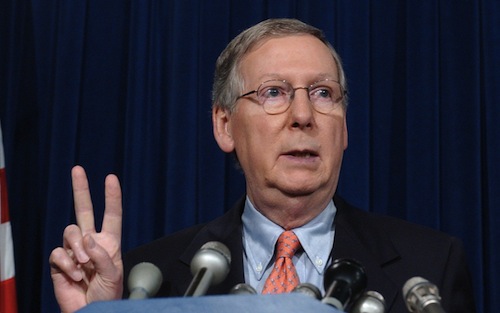