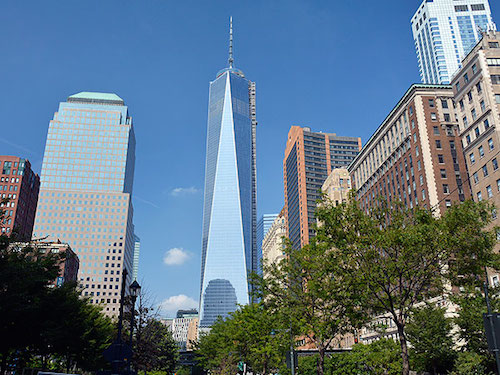 END_OF_DOCUMENT_TOKEN_TO_BE_REPLACED

Remember when you could say the word “freedom” without smirking ironically? Originally (1295—2001,) “freedom” had a relatively strict denotative meaning that corresponded to the range of things you were allowed to do. Then a bunch of church people in bathrobes who had never seen a girl’s twanger flew planes into the World Trade Center, and “freedom” became a marketing strategy.

END_OF_DOCUMENT_TOKEN_TO_BE_REPLACED 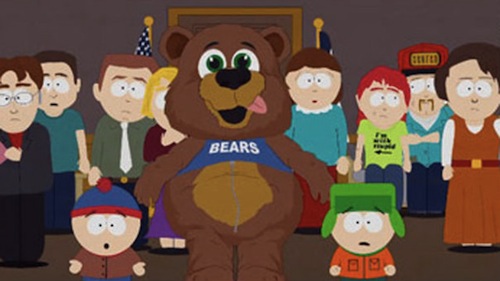 The prophet Mohammed, seen here wearing a bear costume in an episode of South Park. He's in there. He's in heaven, too.

Last week, the 200th episode of South Park reprised the show’s Super Best Friends gag, in which the primary figures of various world religions—Jesus, the Buddha, Mohammed, Vishnu, Moses, John Smith and Aquaman—serve as a crime-fighting team a la Hanna-Barbera’s Superfriends. Presumably in satire of the Jyllands-Posten debacle, Mohammed sits in the back of a moving van for most of the new episode, only to finally emerge wearing a bear suit. These expediences were to avoid the Koranic prohibition against visual depictions of the prophet, which a majority of the world’s Muslim’s consider blasphemy. Even though the use of the bear suit clearly satisfies the laws set down for the authors of the Koran by the creator of the universe sixteen centuries ago in anticipation of the invention of television, frame-based computer animation and basic cable, at least one Muslim group has suggested that Trey Parker and Matt Stone should be put to death. In a message posted on RevolutionMuslim.com, Abu Talha Al-Amrikee said, “We have to warn Matt and Trey that what they are doing is stupid and they will probably wind up like Theo Van Gogh for airing this show. This is not a threat, but a warning of the reality of what will likely happen to them.” In case you’re wondering, Theo Van Gogh was the Dutch filmmaker who was stabbed to death after making a movie arguing that Islam condones violence toward women. Argument refuted: counterexample.

END_OF_DOCUMENT_TOKEN_TO_BE_REPLACED 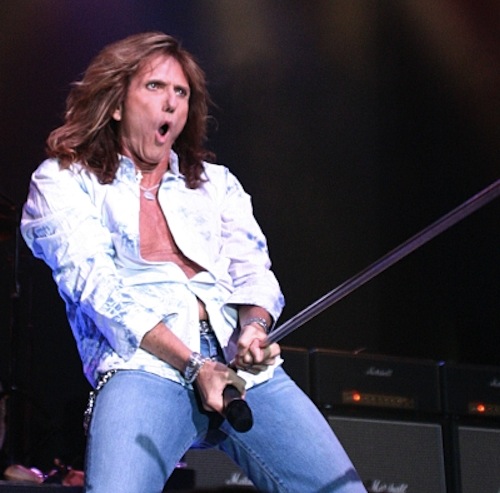 See? It's like I have two dicks, one of which is aroused. Get it? WOOOOOOOOO!

Free will is a tricky thing. We imagine ourselves as independent agents, but anyone who has ever stood on the bar at his cousin’s wedding and mimed rear-entry copulation with a coffee urn while swinging his jacket above his head—only to realize that Whitesnake’s “Here I Go Again” is playing, and now he looks like an asshole—knows the smudged border between decision and compulsion. Why do we want what we want? “I don’t know where I’m going,” David Coverdale sings, “but I sure know where I’ve been.” Here is the lament of a man caught in the trap of subjectivity: convinced that he is free while he is acting, his is forced to admit, in retrospect, that he might only be a cog in a deterministic machine. That’s why David Coverdale has made up his mind. It is not why he’s tired of wasting all his time—that part’s in there pretty much because it rhymes, and also it was in “Foxy Lady”—but the point is that David Coverdale has made a choice, even in the midst of habit and conditioned response. Coverdale will go [there] again on [his] own, living a life of free choice even if—paradoxically—it is the only road [he’s] ever known. Maybe it’s because he has to, but David Coverdale chooses freedom, and you should, too. If we free people living after the 1982 release of Saints and Sinners want to live boldly, deliberately, we must distinguish between correlation and causation. The list of actions that follows will help you decide whether you are doing something because “Here I Go Again” came on, or if it just happens to be playing.