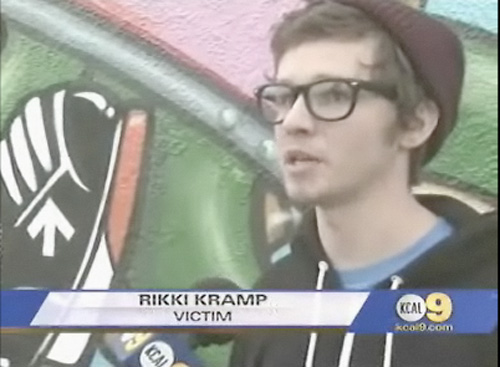 Apparently Friedrich Nietzsche is the guest editor this week at latfh.com. Also, I'm not sure Rikki Kramp is this young man's given name.

As anyone who has read about the United States in a book will tell you, ours is a country founded on egalitarianism. Let the tottering empires of Europe labor under the notion of a permanent ruling class; America has no king, because America needs no king. Sure, certain of the exceptionally gifted among us will rise to power and prominence, and it’s only logical that those men and women keep their positions for long, illustrious careers. But even from the lofty heights of power they see us at eye level. Ours is not a culture in which a small elect view the rest of us as braying lambs, raised to numbly trot after the herd. No—we live free, with no shepherds to herd us to safety or slaughter. Or, um, maybe that’s totally how it is. Maybe the levers of American power are set hopelessly beyond the reach of any person of average heights, and we live at the mercy of forces beyond our control. Maybe the presidency really is a fifth column with its top higher than our eyes can see, and our only defense is a conglomeration of old families and wealthy industrialists trying desperately to trick us into right action before it’s too late. Both explanations—a nation of free men, a sad school play in which frightened children mumble words they dimly understand—seem equally possible. And either explanation is, after all, self-fulfilling. This week, Combat! blog presents evidence for both sides. Is America still operated by Americans? Or have we devolved into a kleptocracy in which corporate money and political aristocracy compete to see whose views they can make our own? More than most questions, this one depends on how you look at it.