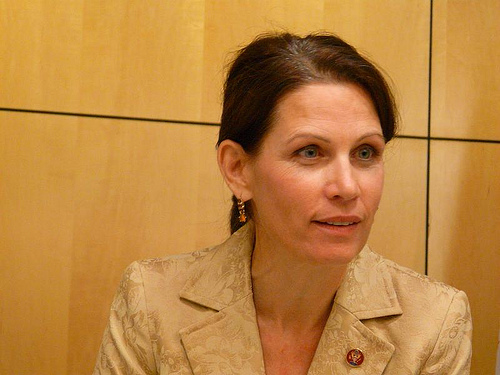 Before you get too excited, Michele Bachmann does not figure directly in the content of this post. Today’s post is about a poll, which subject poses a perennial problem in choosing a snappy header image. Polls look boring. This picture of Michele Bachmann, on the other hand, looks the opposite of boring, in that the longer you look at it the more hilarious it becomes. Try it. Are you imagining circus noises? A steadily growing pile of peanut shells? I have decided to make today’s poll part of an ongoing series, in which we examine visually uninteresting clues as to what we can know about being Michele Bachmann. I call it Meanwhile, Inside Michele Bachmann’s Head, and it’s happening now so you tacitly accept it.