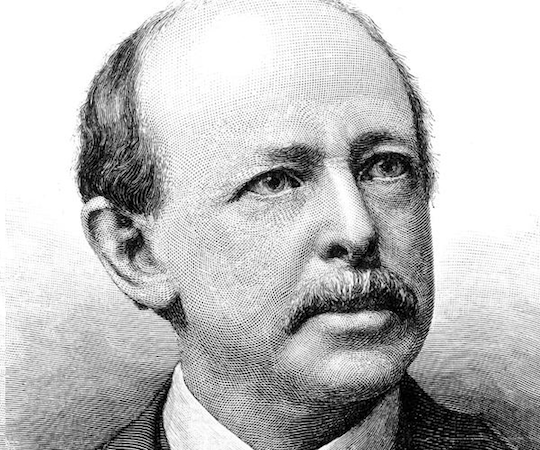 The 19th-century novelist Horatio Alger had one vein of narrative skill, and he mined it deeply. Alger specialized in stories about young boys who escaped poverty through hard work and/or good character. His fourth book, Ragged Dick, exemplifies the form. At the outset of the novel, Dick is a 14 year-old bootblack living on the streets. Various middle- and upper-class characters note his refusal to steal, supporting him in small ways until he has occasion to rescue a drowning child. The child’s grateful father gives Dick a suit and a job in his firm. Now a respectable member of middle-class society, Dick changes his name to Richard Hunter, Esq., and lives (mostly) happily through six sequels.

The key elements of an Alger story are poor boy, virtue/hard work, wealthy benefactor and eventual success. His books were especially popular during the Gilded Age, when the gap between rich and poor was larger than at any other time in American history, and people were eager to associate wealth with good character. The differences between bootblack and esquire were not a matter of who got born in a house and owned a suit, but who worked hard and led a morally upright lifestyle. If the American Dream boils down to the idea that the rich deserve it and the poor do, too, then Alger is among its principal architects.

The previous paragraph contains an inaccuracy, by the way. During the Gilded Age, the gap between rich and poor was larger than at any time in American history except the present day. We live in a new Gilded Age. We therefore need new Horatio Alger stories. Your boy A. Ron Galbraith sent me one yesterday, helpfully furnished by the Associated Press: 11-year-old saving money by flipping houses. I excerpt the first two paragraphs, minus the break, here:

An 11-year-old girl from western Wisconsin is saving for college by flipping houses. Madison Bue of West Salem has spent her summer renovating a four-bedroom, two-bath house in La Crosse’s south side, the La Crosse Tribune reported. Bue’s grandfather, business mogul Cliff LeCleir, purchased the property for her.

Kombat! Kids: Can you find the buried lede in this passage? This story might also be presented as “wealthy landowner puts property in grandchild’s name.” As recently as 2004, LeCleir owned 1,500 rental units in an around Wisconsin. He has since transitioned to warehouse ownership. He is extremely rich, but the story of him purchasing a four-bedroom house for his 11 year-old granddaughter is presented as her pluck and hard work.

The conceit is that she is somehow not rich herself. “Bue, who’s one of six siblings, said she knows her parents can’t afford to pay for college for all of them,” the AP reports. The story goes on to frame the necessities of flipping a house—all of which are impossible for a person who does not start with an enormous amount of capital already—as somehow her own work. The little girl “started her own limited liability corporation.”1 She “did much of the work on her own, such as outdoor landscaping and removing old carpet and tile.” The story notes that she hired contractors for the other work, which includes pretty much every other aspect of renovating a house.

So what? A rich kid gets a fun story in the newspaper about how she was nominally in charge of her grandfather’s investment. That’s nice, and I don’t think old Madison Bue of West Salem, Wisconsin deserves any censure for being part of it. She’s eleven. The AP, on the other hand, should know better. It’s buying into a demonstrably false narrative in American discourse: that the children of the wealthy are somehow making it on their own by leveraging their families’ money.

Mitt Romney talks about moving into a basement studio with his wife after they graduated from college, but neither of them worked. Romney’s parents bought them a house, and they lived by selling stock. Donald Trump, another business success, started his career with a million-dollar loan from his father. This young woman paid off $220,000 in student loans in three years—by moving in with her parents, working for her mother’s nonprofit, then renting out the condo her parents gave her as a wedding gift while living with her grandparents, which enabled her to buy a second condo to rent out. Through hard work and a free home, she was able to buy more homes and charge other people to live in them.

That’s an aspect of these stories that is not discussed. Ebony Horton and Madison Bue are not just benefiting from their parents’ resources to quote-unquote make it on their own. They’re doing it in ways that make it harder for people who aren’t wealthy to make it on their own for real. Horton lived in a free house so she could collect rent from people who didn’t have that option. Bue’s grandfather bought her a house she didn’t need so she could sell it at a higher price. These people are taking advantage of their families’ capital to monetize other people’s need. Presenting that behavior as work ethic is insulting to people who actually have to work.

By all means, send your 11 year-old granddaughter to college. Don’t pretend she made it on her own, though, or that leveraging your parents’ money is the same as earning your own. The rich have so much. Must they lay claim to other people’s work ethic, too?