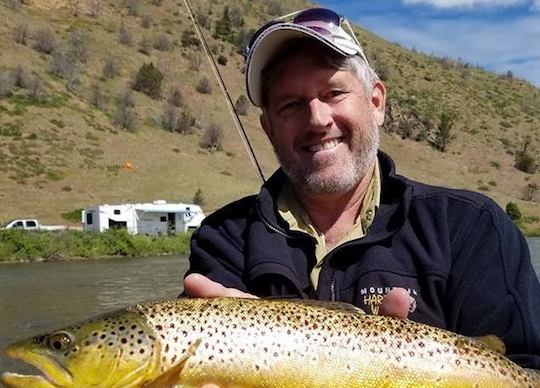 Troy Downing and a fish

Troy Downing is running for the Republican nomination to challenge Democrat Jon Tester for one of Montana’s seats in the US Senate. He is also responding to accusations that he illegally applied for resident hunting and fishing permits every year between 2011 and 2016—spiritedly. Last week, his campaign issued a statement saying that “It’s unfortunate the liberal Montana FWP deep state is on a witch hunt,” referring to the Department of Fish, Wildlife and Parks as an instrument of secret anti-conservative government. That was a stretch. Normally, a candidate would just cop to this kind of violation and kill the story. Downing can’t do that, though, because the essence of FWP’s allegations is that he doesn’t really live here.

I would describe the evidence against him as comically substantial. According to FWP, Downing and his son Dylan used the same Montana driver’s license number to purchase resident hunting licenses within three minutes of each other. He filed Montana income taxes as a nonresident in 2013 and 2014. His property at the Yellowstone Club lists a San Diego post office box as its owner’s address. A 2013 profile in the Lone Peak Lookout describes him as a “part-time Yellowstone resident” who enjoys throwing grape-stomping parties at his vineyard in California. On his blog, he has written about returning from his vacation property in Montana to his home in California. And he is the CEO of a real-estate investment company based in San Diego.

Nevertheless, Downing insists the charges against him are political. So far, though, his campaign has avoided saying he was a resident of Montana all those years. They’ve pulled out all the stops otherwise, repeatedly citing his veteran status and calling the judge in his case1 a Democrat who released records to sabotage his campaign. Actually, the Gallatin County attorney ordered those records released. You may remember him as the Republican who refused to release Greg Gianforte’s mug shot until a court ordered him to do so.

The point is Troy Downing was framed. He’s a true resident of this state no matter where he quote-unquote “lives.” When you think about it, what’s more Montanan than using the money you made in California to buy a bunch of property here and run for public office? You can read all about it in this week’s column for the Missoula Independent, in which I look past the surface conspiracy of the Big Wildlife deep state to uncover something even deeper, darker, and dumber. We’ll be back tomorrow with Friday links, perhaps!