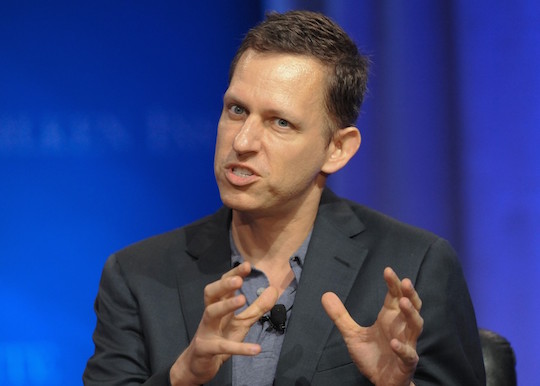 Gawker Media went to bankruptcy as a direct result of losing Bollea v. Gawker, in which a Florida jury awarded Hulk Hogan $140 million in damages after Gawker published a two-minute excerpt of a video of Hogan having sex with the wife of his friend, a radio DJ named Bubba “The Love Sponge” Clem. The Love Sponge shot the video without Hogan’s knowledge, although the sex-with-Mrs.-Clem part was agreed on by all three.

Hogan sued Gawker for invading his privacy and infringing on his personality rights, but the lawsuit was structured in unusual ways. Hogan’s lawyers dropped the only charge that would have engaged Gawker’s insurance policies, which was peculiar, since lawsuits generally go after the deepest pockets. It was later revealed that Hogan’s lawsuit had been funded by Silicon Valley billionaire Peter Thiel, who hoped to bankrupt Gawker Media after one of its sites, Valleywag, outed him as gay in 2007.1

This plan totally worked. Hogan won his lawsuit against Gawker Media, and because a circuit court judge refused to stay the decision to freeze its assets, the company did not have enough money to pursue an appeal. This brings us, finally, to Scocca’s second contention: that freedom of the press can be compromised by the resources of vindictive billionaires.

It is true that Gawker was bankrupted by one such billionaire. It is also true that he did it with a lawsuit that targeted Gawker’s financial stability—not by some attempt to argue that Gawker was unlawful as a publication, or that the government should restrict its expression. It was a legal attack, but it proceeded by financial means. That’s interesting, since the First Amendment protects the legal freedom of presses to publish but not, of course, their financial stability. The $140 million question is: From the standpoint of citizens who benefit from a free press, how is a billionaire shutting down a publication with legal expenses different from a government shutting it down with laws? As Scocca puts it:

Gawker always said it was in the business of publishing true stories. Here is one last true story: You live in a country where a billionaire can put a publication out of business. A billionaire can pick off an individual writer and leave that person penniless and without legal protection…If you want to write stories that might anger a billionaire, you need to work for another billionaire yourself, or for a billion-dollar corporation. The law will not protect you. There is no freedom in this world but power and money.

That’s a bold claim, hyperbolized for effect. Is it wrong?

The First Amendment was drafted at a time when only governments and the occasional angry mob had the resources to shut down a printing press. Times have changed. Thiel’s net worth is estimated at $2.7 billion—more than the budgets of most cities. It is not unreasonable to say that, working through the instruments of civil courts, a man like Thiel wields power comparable to that of a state government in 1789. He can’t raise a militia, but he can overwhelm a website he doesn’t like with sheer monetary force.

He’s a private citizen, and his private crusade to silence a publisher is different in kind from a government policy that does the same thing. But from the perspective of the reading public, how different is the outcome? I didn’t care for Gawker,2 but if I became president, it would be wrong for me to shut it down. Would it be right if I became a billionaire? We agreed in the 18th century to protect media from government abuse. In the 21st century, we might agree that government’s monopoly on such abuse has been broken.