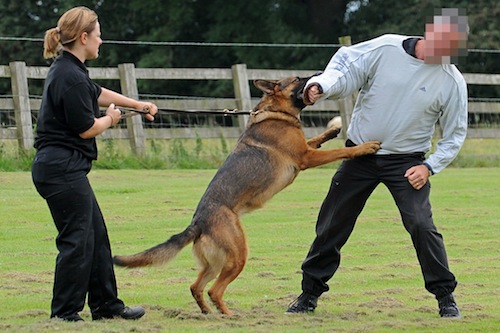 According to the Times, the police department of Rialto, California randomly required half of its patrol officers to wear body cameras each week of last year. During that period, officers used force 25 times, as opposed to 61 times during the previous year. Officers wearing cameras accounted for only eight uses of force. Knowing someone is (or will be) watching appears to make interactions between police and civilians less violent. I don’t want to draw any unfounded conclusions, but it’s possible that public scrutiny encourages law enforcement to adhere to its own rules. In unrelated news, a secret federal ruling from 2011 rebuked the NSA for repeatedly misrepresenting its domestic surveillance operations to the FISA courts.

According to a ruling by Judge John Bates, the court discovered in 2009 that the NSA was using its phone log database in ways the FISA court did not know about, thanks to “repeated inaccurate statements” in government filings. Subsequent divulgences of similar abuses led Bates to declare:

The court is troubled that the government’s revelations regarding N.S.A.’s acquisition of Internet transactions mark the third instance in less than three years in which the government has disclosed a substantial misrepresentation regarding the scope of a major collection program.

That was two years ago. We know about this ruling now thanks to a Freedom of Information Act filing by the Electronic Frontier Foundation, after Sen. Ron Wyden (D–OR) “fought last summer to declassify the basic fact that the surveillance court had ruled that the NSA had violated the Fourth Amendment.”

Where, exactly, is the national security interest in preventing people from knowing that the NSA violated the Fourth Amendment? I think it’s easier to argue that the nation has a compelling interest in knowing when our security agencies violate federal law. The claim that public knowledge of NSA misdeeds could somehow threaten national security, in the context of the secret rebuke delivered by Bates in his secret ruling, suggests that the NSA’s domestic surveillance programs need more public oversight.

Critics of that idea would likely suggest that such scrutiny would make it more difficult for the NSA to do its job. I agree. As with the body cameras on Rialto cops, public knowledge of NSA activities would make law enforcement agents’ work slightly more cumbersome. But it would make it much more difficult for them to violate the law in the course of that work, or for them to abuse the authority with which they have been invested.

Public scrutiny—by documentation, by judicial review with full access to the facts, and even by mere knowledge of what the NSA is doing and how often it is screwing up—ensures that law enforcement does what the public wants. It is the second-most efficient way to do so. The most efficient way is to assume that the NSA would never break the law and thereby obviate our need to supervise it, but that method has failed. It failed when the judge in charge of overseeing their operations rebuked them for a pattern of misrepresentation and abuse, and the executive branch made that rebuke a secret.

The secrecy of the FISA courts has made the NSA’s pattern of lawbreaking sustainable. Even when they get caught, they incur no risk of public opinion checking their behavior. It’s possible that the executive branch, which sought to expand the NSA’s power, also punishes the agency when it oversteps. We don’t know, because that behavior is secret, too. Even in the unlikely best-case scenario where the executive branch firmly polices itself, the American people are denied the right to supervise our own government—even to know about it.

I think public awareness is the best kind of supervision. I think that when you put a camera on a cop, he becomes a better cop. Maybe it also becomes more difficult for him to do his job, in the way that being a better anything is invariably harder. But we have done so much over the last decade to make the NSA’s job easier—maybe they could make it easier for the public to do its job, too.