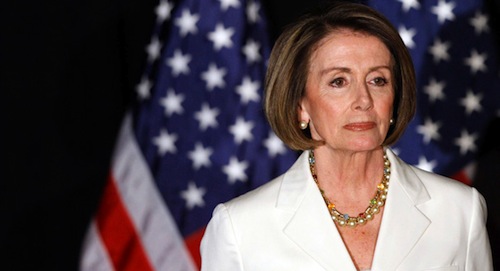 Here’s one for those ready to play the Feud: between Nancy Pelosi and Newt Gingrich, whom do you think Americans dislike more? Both are future former heads of the most reviled body in the United States government. Both are perceived as dishonest hacks—Pelosi in service to an increasingly demonized Democratic establishment and Gingrich in service to, well, Gingrich. Both appeared in a global warming commercial that each frankly acknowledges was bad for Gingrich, for the strangely agreed-upon reason that people hate Nancy Pelosi. Perhaps most importantly, both know what Newt Gingrich did in 1996. Her tenure on the House ethics committee that investigated him has left Pelosi with privileged information, which she is now promising/threatening to reveal “when the time is right.” From a PR standpoint, this is like Saddam Hussein inviting everybody to watch him hit Osama Bin Laden with nerve gas.

Pelosi’s utter deafness to whatever tone Americans might want from their politicians may have rendered her stupid like a fox, since Gingrich is always ready to make his detractors look classy by comparison. Speaking immediately after a meeting with Donald Trump, the new GOP front-runner managed to cram all of his least likable qualities into one smug rebuttal:

It also tells you something about the ethics committee that Gingrich was the object of it. His plan to address Pelosi’s vague accusation by reminding us all of his documented violations could not possibly backfire. He hedged his bets anyway, though, by using the rest of the interview to elaborate on his plan to replace unionized school janitors with poor children. If there’s one thing Americans love, it’s a plan to repeal child labor laws. If there are two things Americans love, they’re repealing child labor laws and promising to smear your political opponents at some point in the future. If there are three things, they’re those two things plus naturalistic dialogue:

God, it’s beautiful. Like two snakes fighting over a turd.