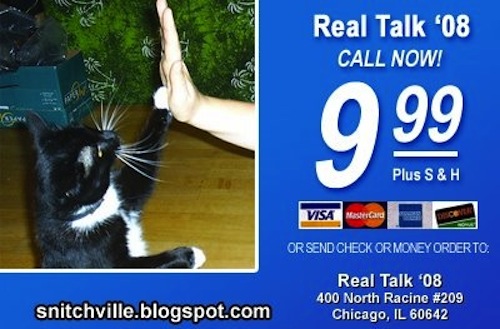 Combat! blog is buried in paying work today, so the interns have all been set to researching and composing while I drunkenly supervise them. That’s fine, because I think we all need a little more time to consider the significance of Sarah Palin’s bus tour. The Times’s Michael Shear sure does. From his flub in the opening sentence—do they not script these? do they lack the technology to do a second take?—to his “analysis” that the tour looks like a campaign, but Palin says it isn’t, this video reminds us why the Times will be remembered as a really good newspaper. Check out the sound bite in the middle, though, when a reporter asks Palin if she wants the press along for the trip, and she responds that she feels like she doesn’t have a choice. That’s where a dignified press corps would turn on its heel and walk away, right there. Instead we get this:

. Thanks, New York Times! At least I can still count on your real estate articles about apartments in other countries that aren’t for sale. You know what the American people and their self-appointed leader need? Real talk.