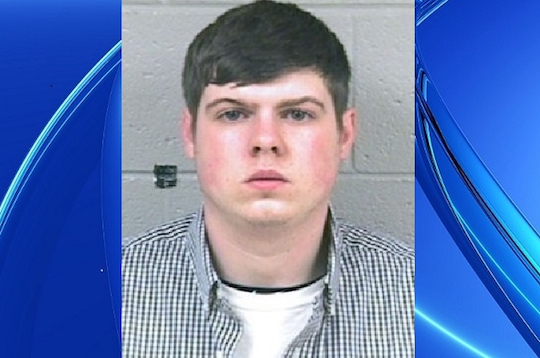 On one hand, dude, make sure she’s 18—or 16, which is the age of consent in Michigan, where Anderson and the girl had sex. On the other hand, is this the man we have in mind when we insist that sex offenders remain second-class citizens for life? There seems to be a difference between a 19 year-old who hooks up with a girl he thinks is two years younger than him and the kind of person who should not be allowed near schools or parks.

Teen hookup culture is not the same thing as adult predator culture. But the remarks of Judge Dennis Wiley at Anderson’s sentencing hearing suggested that he saw a continuum:

“You went online, to use a fisherman’s expression, trolling for women, to meet and have sex with. That seems to be part of our culture now. Meet, hook up, have sex, sayonara. Totally inappropriate behavior. There is no excuse for this whatsoever.”

I’d like to point out here that having consensual sex with someone you don’t know and then never seeing them again is not, in fact, a crime. To call it both “part of our culture” and “totally inappropriate behavior” suggests a certain anger at how young people behave now. I don’t believe that anger should be part of a judge’s sentencing decision.

But maybe anger—and the general sense that American culture is in decline—informs our policies on sex offenders more than we would like to admit. Here’s an unfair comparison: what would Anderson’s life after jail look like if he had murdered that 14-year-old girl instead of having sex with her? For one thing, he would be about 20 years older, if he had been released at all. But we would not prohibit him from living with his parents near a boat launch, nor would we demand that he go door-to-door every 90 days to tell his neighbors what he did.

The prison sentences may not be as severe, but we impose more post-release conditions on sex offenders than on any other class of criminal. Maybe that’s because sex offenses are harder for most of us to relate to than other kinds of crime—at least as a general class, if not in the specifics of accidentally hooking up with a teenager. Most of us have felt, in flashes, like we could kill somebody. But as flawed as I may be, I’ve never felt like I could touch a child.

In prison, sex offenders occupy the lowest rung of the social ladder, and they are often segregated from other inmates for their own safety. No matter what you did, you’re not as bad as a child molester. I submit that the same principle operates in our public discourse. No matter what your politics, you probably agree that child molesters are scumbags. Promising to get tough on sex offenders is a good way to pick up votes without alienating anybody—anybody who retains his right to vote, anyway.

The converse also obtains: suggesting that we should go a little easier on sex offenders is a good way to enrage people across the ideological spectrum. Brenda Jones, the executive director of Reform Sex Offender laws, identifies this phenomenon as a principal obstacle to her mission.

“People talk about it, but when you actually try to introduce legislation, lawmakers start to get really nervous,” she told the Times. “Because, oh, my God, we’re going to be soft on sex offenders.”

Maybe we should be soft on sex offenders. Sex offenses are bad and a significant problem in society, and we should do justice to the men1 who commit them. But mercy is a quality, too. We should be careful not to transfer our anger at society to whatever person stands before us, trying to get on with his life.